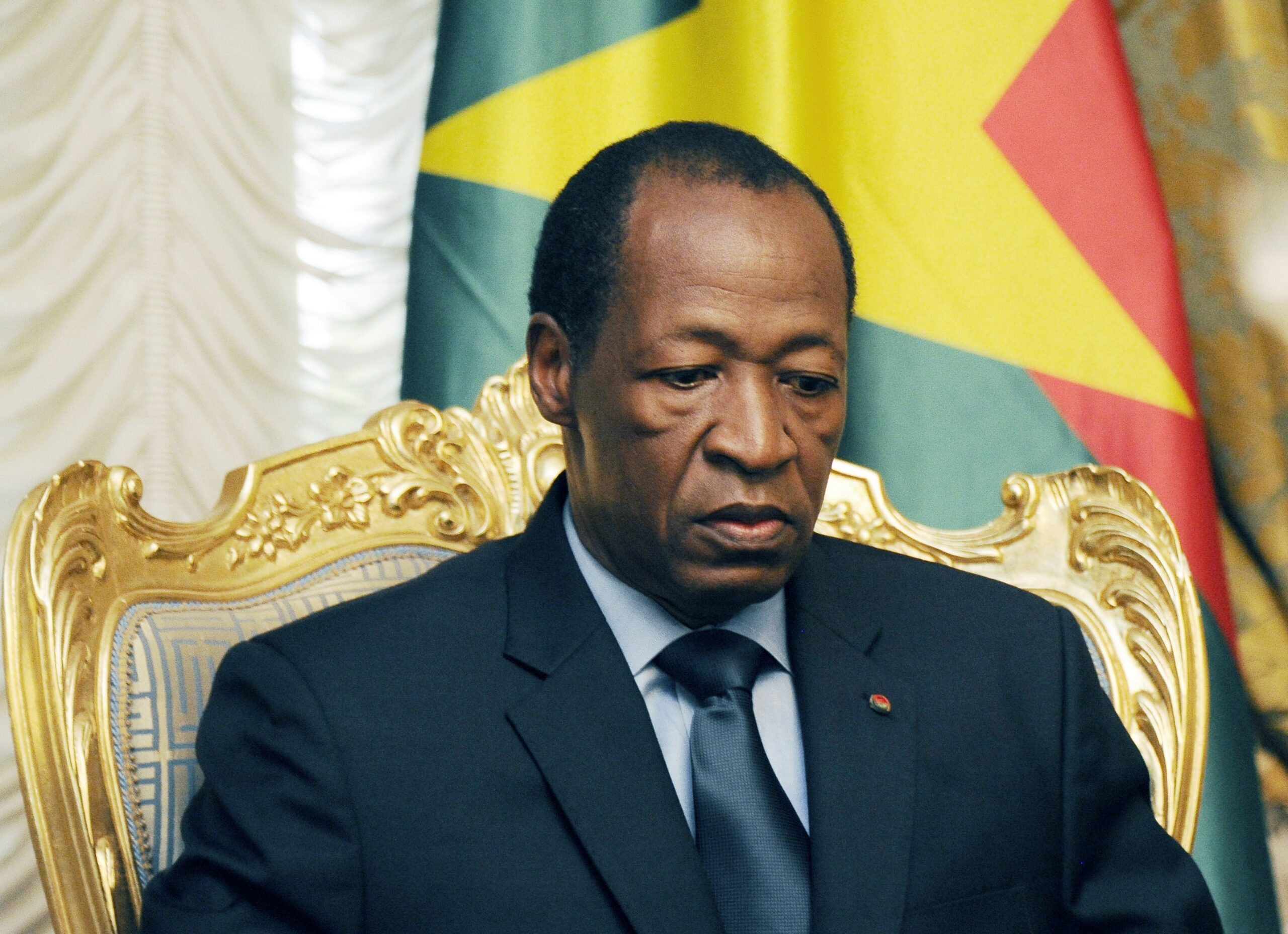 Blaise Compaoré, former Burkinabe president to stand a trial for the murder of Thomas Sankara

Burkina Faso’s former president , Blaise Compaoré has on Tuesday been indicted by the Military Tribunal in the Sankara murder case.

Blaise will be tried for the assassination of his predecessor Thomas Sankara, attack on state security, complicity in murder and concealment of corpses.

He has been in exile in Ivory Coast since 2014 after popular unrest that erupted around the country after the plans of extending his term and primarily inspired by Sankarism.

The military Tribunal in Ouagadougou, pronounced his indictment alongside 14 other people.

Thomas Sankara was a Burkinabe military officer and socialist revolutionary who served as President of Burkina Faso from 1983 to 1987.

He became popular among this generations of Africans, as the supporters view him as charismatic and iconic figure of revolution and sometimes referred as “Africa’s Che Guevara.”

Here is what he achieved for a period of 4 years

Sankara’s foreign policies were non-interference from foreign powers especially former colonial powers. He firmly rejected loans from International Monetary Fund (IMF) as he terms the Breton Wood institutions as an extension of imperialism. He gladly welcomed other forms of aids but he tried to reduce reliance on aid by boosting domestic revenues and diversifying the source of assistance.

The domestic policies were focused on preventing famine with agrarian self-sufficiency and land reforms by redistributing land from private land owners and planting over 10 million trees to combat the growing of desertification of the Sahel. The agricultural production rose to 70%. He prioritized education with nationwide literacy campaign, by building for the first time scores of schools when school attendance increased from 6% to 22%. He promoted public health by vaccinating more than 2.5 million children against meningitis, yellow fever and measles, and building scores of health centers. Sankara called on every village to build a medical dispensary and had pharmacies built in 5,384 out of 7,500 villages. Under him, the infant mortality rate dropped significantly.

Sankara promoted women in all directions, to some point he is referred to as “Feminist Sankara”. He outlawed Female Genital Mutilation, forced marriages and polygamy. He appointed women to high ranking governmental positions and encouraged them to work outside the home and stay in school even if pregnant. He established an all female bikers body guards. He encouraged men to assist their women in domestic chores, such as going for shopping.

Sankara fought corruption, discouraged lazy workers and set up Cuban-style Committees for the Defense of the Revolution. On infrastructure he mobilized the construction of 100 km railway and numerous roads networks with little or no foreign aid.

Sankara was the one, as the guitarist himself, composed the Burkina Faso’s National Anthem. He also renamed the country from Upper Volta to Burkina Faso meaning the ‘Land of an Upright Man.’

How did he managed to achieve all these?

Sankara himself tried to justify some sort of “madness” of being authoritative in order to deliver, he knew the middle class were not on his side as he was darling amongst the poor people. He banned all political parties in the country and organizations that fight for basic Human Rights.

Upon seizing power, Sankara immediately sold off the government’s fleet of Mercedes cars and replaced them with the cheapest cars available at the time, ordinary Renault 5. The Renault became the official service car for all government officers and ministers. Sankara was driving himself this car to work.

He reduced the salaries of all public servants, including his own, and forbade the use of government chauffeurs and 1st class airline tickets. He himself refused to use the air conditioning in his office on the ground that such luxury was not available to anyone but a handful of Burkinabes.

By the time he died, he had only $450 in his bank, a car, three bikes, three guitars, a fridge and a broken freezer.