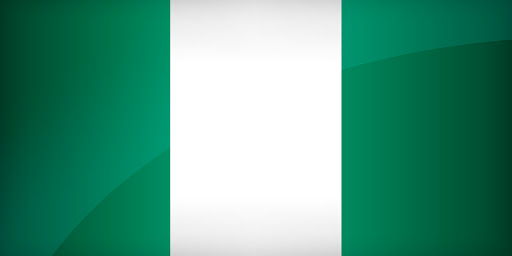 Despite repeated claims by the President Muhammadu Buhari-led Federal Government that Boko Haram terrorists have been degraded and confined to the North-east alone, recent revelations by some Nigerian state governors give cause for worry.

The immediate past Chief of Army Staff, Tukur Buratai, had said that the Boko Haram terrorist group had since been defeated but the Nigerian military is now fighting an international criminal gang known as Islamic State of West Africa Province (ISWAP).

Apart from the then army chief, other officials of the Buhari administration have made different claims about the group being ‘defeated’, ‘technically defeated’ or ‘decimated.’

Minister of Information, Lai Mohammed in 2019 said the military has “successfully defeated” Boko Haram insurgents. He said the country is now facing a fresh crisis, which is called a “global insurgency.”

Mr Mohammed also said Nigerian troops have “successfully cleared the remnant of the home-grown insurgency called Boko Haram and are now being confronted by a fresh crisis, a global insurgency”.

“A faction of Boko Haram has aligned with the global terror group, ISIS, to form ISWAP, the Islamic State’s West African Province. In other words, ISIS now has a strong foothold in West Africa – with Nigeria at the forefront of the battle against them.

“With ISIS largely dislodged from Iraq and Syria, there is undoubtedly a flush of fresh fighters and weapons to ISWAP. Therefore, our military is fighting a global insurgency, without the kind of global coalition, including the United States, that battled ISIS in Syria and Iraq,” he said.

Although Nigerian forces had largely limited the terror group to three North-eastern states of Adamawa, Borno and Yobe, the Boko Haram are still able to attack civilian and military targets killing hundreds of people.

President Buhari was first elected into office in 2015 majorly because of the past administration’s inability to defeat the Boko Haram insurgency and end the insecurity in the country.

About six years into his administration, Nigerians have seen more attacks from the insurgents in more states outside the North-east. Also, banditry and other forms of crime and violence still remain huge challenges in other parts of the country.

Presidential spokesperson, Garba Shehu; Minister of Defence, Bashir Magashi and defence spokesperson, Onyema Nwachukwu, did not respond to enquiries for comments as of the time of filing this report.

Meanwhile, in the latest revelations by state governments, there is an indication that the terrorists now operate in other states apart from the troubled North-east.ADVERTISEMENT

Most of these states such as Nasarawa, Benue and Niger do not share boundaries with the North-east states.

One could easily rule out the possibility of having Boko Haram elements in central states such as Nasarawa and Benue State, however, revelations from Governor Abdullahi Sule of Nasarawa have proven otherwise.

During a visit to President Muhammadu Buhari in January this year, Mr Sule revealed that the Boko Haram terrorists were now successfully carrying out attacks in his state.

He said the terrorists had regrouped along the Nasarawa/Benue border from where they launched attacks on residents, after they were initially displaced by soldiers from Toto, a local government in the state.

He said Boko Haram members in his state were those dislodged by security operatives from neighbouring Niger State.

On how he was sure the attackers were members of Boko Haram, Mr Sule said some of those captured in Niger “said they are members of the terror group whose activities have caused tens of thousands of deaths across Nigeria”.

“I have come to see the leader of our party, the leader of the nation, and our father, Mr President, to brief him about some of the activities happening in my state, especially first in the area of security that we continue to have challenges with a team of Boko Haram who had settled at the border with the FCT,” the governor said.

“And we thank the security forces that they have been able to dislodge them. But now, they have gone back and gathered at our border with Benue. And they are causing a lot of havoc.

“Therefore, it (this meeting) was an opportunity as Mr President wanted to know and I briefed him. I strongly believe that just like the decision was taken last time to take care of this issue, another decision will be taken.”

When asked how he was able to confirm if it was Boko Haram and not bandits that have been operating in the state, the governor said “members of the families of Boko Haram members recently dislodged by the army confirmed to the state”.

To give credence to the claims by Governor Sule that the terrorists in his state migrated from Niger, Governor Abubakar Bello a week ago raised a similar alarm.

He revealed that Boko Haram had hoisted its flags in Kaure and Shiroro local government areas of Niger State.

He also confirmed the terrorists have displaced over 3,000 residents of the affected communities.

“Their wives (of the villagers) have been seized from them and forcefully attached to Boko Haram members. I just heard that they have placed their flags at Kaure, meaning they have taken over the territory.”

Mr Bello said he had earlier alerted the federal government but it (government) has not been proactive.

”This is what I have been engaging the federal government on, unfortunately it has now got to this level. If care is not taken, even Abuja is not safe. We have been saying this for long. All our efforts have been in vain.”

Mr Bello said he hoped for a more coordinated military activity to fight the terrorists.

“Sambisa is several kilometers from Abuja but Kaure is less than two hours drive from Abuja. So nobody is safe anymore, not even those in Abuja.”

“This is the time to act. All hands must be on deck. It is not a fight for Niger State alone. I am not waiting for anyone anymore, I am going to take action,” he said.

”This is what I have been engaging the federal government on, unfortunately it has now got to this level. If care is not taken, even Abuja is not safe. We have been saying this for long. All our efforts have been in vain.”

Mr Bello said he hoped for a more coordinated military activity to fight the terrorists.

“Sambisa is several kilometers from Abuja but Kaure is less than two hours drive from Abuja. So nobody is safe anymore, not even those in Abuja.”

“This is the time to act. All hands must be on deck. It is not a fight for Niger State alone. I am not waiting for anyone anymore, I am going to take action,” he said.

“Therefore, the government held a meeting with the Commissioner of Police, Director Department of State Service, Commandant of Civil Defence, Brigade Commander and the Head of Air Force in Bauchi.

“They all assured to give maximum cooperation in our attempt to have a joint patrol. Of course, security is the responsibility of all of us. We do not expect that the security agencies alone will do the work, so all hands will be on deck, including our traditional institution and religious groups,” he said.

Following the attack in Bauchi State, the Jigawa State Government on Tuesday urged residents of the state to be vigilant, following reports of suspicious movement of Boko Haram insurgents in the neighboring state.

Following the reports, the Jigawa governor, Mr Badaru held a meeting with traditional rulers, local government chairpersons and security agents where he urged residents to report any suspicious movement.

“The meeting was about the security issue around the country. We believe everybody has to gear up and be vigilant and pray for God’s intervention to keep the country and Jigawa safe,” Mr Badaru said.

The official, however, said the police are following up on the report ”and for now the reports are positive.”

”People are reporting the issues thinking that it will spill over to Jigawa,” Mr Gomna said, assuring residents that the police were following up on the reports.

However, one of the suspected strongholds of Boko Haram insurgents outside Sambisa forest is the Balmo forest, which straddles Bauchi and Jigawa states.

The insurgents are believed to be using the forest to coordinate their operations in Bauchi and Kano states.

The Nigerian Army on Sunday evening announced the arrest of 13 Boko Haram suspects in the Hotoro area of Kano State, North-west Nigeria.

The army spokesperson, Mohammed Yerima, who made the disclosure stated that the suspects were arrested by troops of the 3 brigade in Kano.

Kano shares boundaries with Jigawa and Bauchi states that have raised concerns on the activities and presence of Boko Haram in their territories.

”In an ongoing effort to flush out all forms of criminality within its Area of Responsibility, troops of 3 Brigade Nigerian Army have arrested 13 suspected Boko Haram terrorists around Filin Lazio, Hotoro axis of Kano State on Saturday 8 May.

”The ongoing operations is predicated on the need to apprehend criminals who may want to hibernate in any part of Kano State.

”The general public especially residents of Filin Lazio Hotoro, are enjoined to go about their lawful businesses as security forces are on top of the situation,” the Army said.