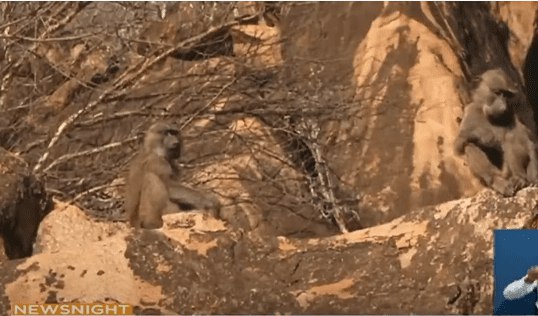 The drought crisis currently ongoing in Mandera County has caused yet another challenge of human and wildlife conflicts.

The drought which is in second year is causing fierce survival competition between the residents and wild animals for the water and food scarcity.

Mandera county is on the brink of humanitarian crisis for 200,000 and people living in the area in addition to animals as the county hasn’t received rain now for close to two years.

Baboons and monkeys living atop the hilly mountains of Takaba have now moved to the nearby villages in search of water and food. This has caused panic among the residences.

Mandera water CEC Mohammed Ali, on his part said ‘When we walk we see these monkeys and baboons going through a lot of problems….they have caused injuries to women and children.’ The area residents now says the national government should step in and do more by drilling additional boreholes for residents and wild animals.