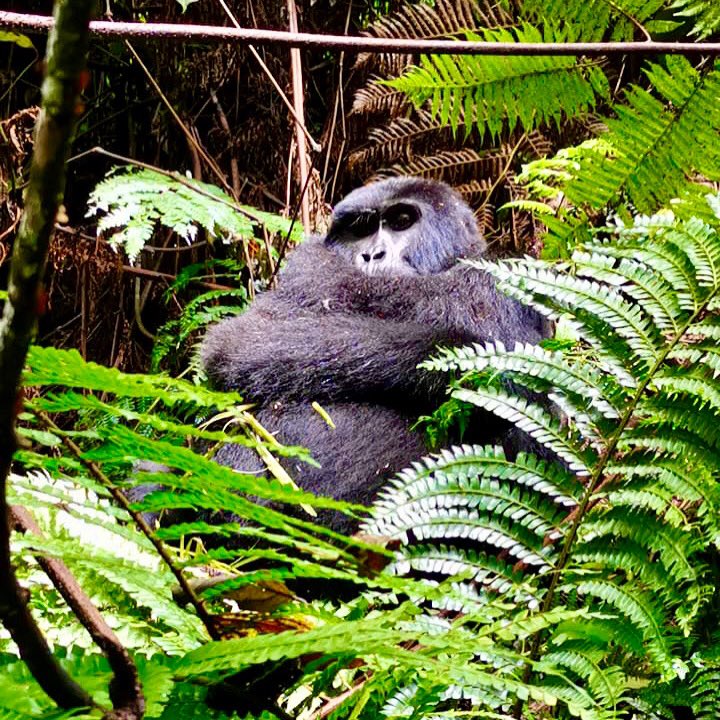 Ten of the most popular endangered animals

The third Friday of May is celebrated as endangered species Day across the globe. This day increases awareness about these species that are about to disappear from the face of the earth and need to save them.

Rhinoceros is commonly known as Rhino. There are five species of rhinos, each one with distinct characteristics. These are Sumatran rhino found in Sumatra and Borneo, 80 in number, they have been on earth longer than any other living mammal, Javan rhino in Indonesia, they are 74 in total, making them the rarest large mammal on earth, Black rhino found in Africa is the smallest of the two species found in Africa, with population between 5,366 and 5,627, Greater one-horned rhino found in India and Nepal, they are 3,588 in total and semi-aquatic mammals, White Rhino or ‘mowing machines’ together with Greater one-horned rhino are the largest rhino species with highest population of between 17,212 and 18,915.

Rhinos have no natural predators, they are endangered due to human hunting, poaching and habitat loss.

Chimpanzees are our closest cousins, we share about 98% of our genes. In their natural habitats in Central Africa, they spend most of their time in the treetops. When on the ground the chimps usually walk on all fours, though they can walk like human about a mile. They use sticks to fish termites out of mounds and bunches of leaves to sop up drinking water.

The population of Chimpanzees fell from a million to between 172,000 and 300,000 in a few decades according to Jane Goodall Institute, due to rampant deforestation, poaching, pet trade and civil unrest.

Like chimps, bonobos share more than 98 percent of DNA with humans. Scientists believe that bonobos separated from chimpanzees less than a million years ago.

Bonobos are on the blink of extinction due to massive bush meat hunting and habitat loss. Today there an estimated 15,000 to 20,000 bonobos left in the wild.

Tiger is the largest cat family in the world today. In the wild you cannot spot a tiger in Africa, because tigers are not native to Africa, although lions, leopards and tigers are all part of the Felidae family of cats which originated in Africa.

Tigers are found in India, Nepal, Indonesia, Russia and China, they are endangered in all those countries with only 3,000 left in the wild, due to habitat loss, poaching and loss of prey according to the Wildlife Conservation Society (WCS).

The good news about gorillas today is that their population are increasing. Mountain gorillas are one of the two subspecies of eastern gorillas. They are divided in just two population: one in Virunga, Democratic Republic of the Congo (DRC) that spans through to the border with Uganda and Rwanda and one that lives in the Bwindi Impenetrable National Park in Uganda and adjacent Sarambwe Nature Reserve in DRC.

There are 1,000 left in the wild probably due to potential disease transmission from humans, civil unrest and habitat encroachments.

Grevy zebras are the largest of all species of zebras, with long necks and erect manes. Fossils evidence shows that grevy zebras were freely roaming in all of Eurasia, today Kenya is the home to 90 percent of all 2,500 grevy zebras remaining in the wild.

Did you know that this zebra is named after the French president Jules Grevy who was gifted the zebra by the Emperor of Abyssinia now Ethiopia?

There are currently 5,195 northern giraffes. These species of giraffes lives in the most hostile environment with frequent insurgent attacks. Kordofan which is categorized as subspecies of Northern giraffe is critically endangered, whether Kordofan, Rothschild or Nubian girrafes are species or subspecies is up to debate, they are critically endangered.

Shoebill is one of the most famous and rarest bird in East Africa. Although shoebill can live for up to 45 years, they are critically endangered with between 5,000 to 8,000 population left in the wild.

These pre-historic yet fascinating birds are found in swampy areas with fresh waters characterized with thick papyrus plants, water lilies and other common plants in fresh water swamps.

Destruction of their habitats and massive killings in the beliefs that they are signs of bad omen are driving them to extinctions.

Cheetahs are the fastest land mammal on earth. There are five subspecies and weighs from 20 to 72 kg. It is the only the cat that cannot retaract its claws, an adaptation that help maintain traction like a soccer player’s cleats.

There are currently 6,674 adults remain in the wild.

Cheetahs tend to encounter conflicts with farmers when they attack livestock because of the declining of their natural habitat, this result the farmers to kill them in retaliation.

Despite its scaly appearance, this animal is actually a mammal. Its scales are made of keratin, the same substance that makes human hair and nails, which account for 20% of its weight.

Their lifespan is about 20 years.

Pangolins are the most trafficked animals due to beliefs that their scale have magical and curative properties and meat. This is among the reason that is driving these species to extinction.