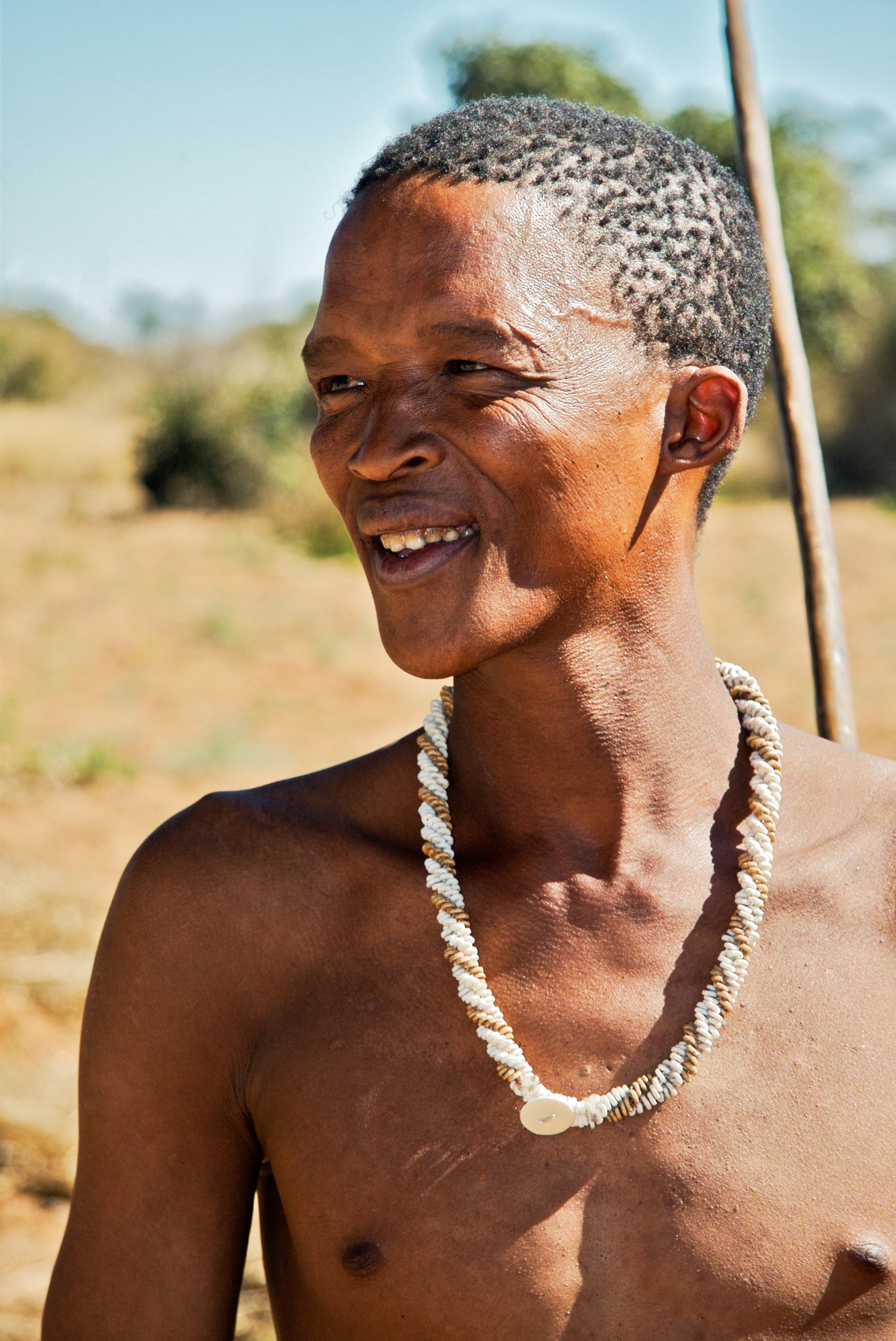 The Khoikhoi and San are two different people, they are both called Khoisan because of their distinct click sound language. As opposed to San, Khoikhoi were both hunter-gatherers and pastoralists, the first pastoralists in Southern Africa. The San were hunter-gatherers.

The Khoikhoi were the first native people to come into contact with Dutch in the mid 17th century. As Dutch were settling for farming, the Khoikhoi were dispossessed of lands. Conflicts emerged against Dutch and some were exterminated, or enslaved and decreased in numbers.

The Khoikhoi kept herds of animals such as goats, cattle and sheep, like Fulani and Maasai, they were moving from one place to another looking for pastures. This means they erected semi permanent structures, which were made of thin poles covered with reed mats. Pots were made of wood with small handles to make them easier to tie on animal’s back. The clothes were made of skin animlas like San people.

Among the Khoikhoi the cattle were sign of wealth and they only ate a cattle that had died or had been stolen from their enemies. The animals were slaughtered only during important occasions like funerals or weddings. The women milked the cows and gathered wild plants from the veld and men killed game for everyday food. This clearly shows Khoikhoi as well as San hunted and gathered food, but also kept domestic livestocks.

Among the San, there were no class divisions, everybody was considered equal and they shared everything. In contrary, Khoikhoi society consisted of both rich and poor, as animals were signs of wealth which belonged to one individual. Wealthier Khoikhoi would willingly share things like milk to poorer members of their group.

Khoisan language is characterized by implosive consonants or ‘click’, which belong to different language family from Bantu.

Today the laws in Botswana doesn’t allow hunting anymore, and the small scattered groups in South Western districts are being incorporated with other ethnic groups.

Did you know? Nǃxau ǂToma, the Lead Actor of the movies, “The Gods Must Be Crazy” 1 & 2 based on the lives of the San people of Southern Africa was paid only $300 even though the movies grossed $60 million, he never saw the important of money though. He died at the age of 58 in 2003. He is Namibia’s most famous Actor.