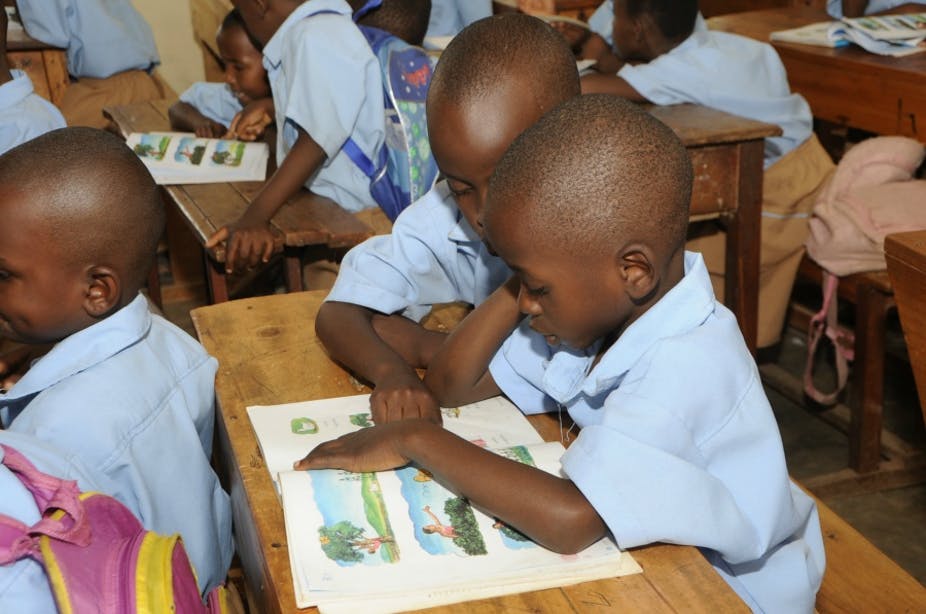 Effects of Covid-19 on Education in Africa

Between April and August 2020, Human Rights Watch conducted 57 remote interviews with students, parents, teachers, and education officials across Burkina Faso, Cameroon, the Democratic Republic of Congo, Kenya, Madagascar, Morocco, Nigeria, South Africa, and Zambia to learn about the effects of the pandemic on children’s education.

Human Rights Watch research shows that school closures caused by pandemic exacerbated previously existing inequalities, and those children who were already most at risk of being excluded from a quality education have been most affected.

Many children recieved no education after school closed across the continent in March 2020.

It should be noted that previously there were homeless and orphaned children that attracted the attention of wellwishers during this pandemic period.

Many children recieved no education during this period in Congo. Although some students had received printed assignments they lack guidelines and continuity of syllabus, because they had no contact with the teachers.

In Zambia, pupils and students were finding it difficult read notes without and understand without the guidelines from the teacher, according to interviews from Human Rights Watch .

Parents and teachers in the Central African Republic said since school closed in June there was no learning. A mother of six year old girl in Bangui said she tries to get her daughter to do revision exercises, and three times a week she listens to lessons on the radio. The children had no support during this time of pandemic.

Dekha A, 14, in Kenya, said her school sends revision papers to parents via WhatsApp twice a month. “A marking scheme is sent once the students have made an attempt and the papers are meant to be marked by the parents” The teachers do not communicate directly with them.

For children that were lucky to access education online, faced their own challenges, like lacking discipline to sit down without a teacher and lack of enough internet bundles.

Makena M., a 17-year-old girl from Nairobi, Kenya, told Human Rights Watch that she prioritizes her limited internet data to download learning material for mathematics and science. “Subjects like Christian Religious Education, English, or Kiswahili language, I read from the textbooks that I have.”

In Morocco, online classes were offered and some teachers faced difficulties, Nawal L. told Human Rights Watch. Most teachers and students had limited internet data bundles. According to Nawal, about half of the students attended online classes.

Many students shared feeling of stress, anxiety, isolation and depression, which they linked to the lack of contact with their school community according to Human Rights Watch.

A 16 year-old boy from South Africa told Human Rights Watch that, he suffered being alone, it sucks, he was struggling for a whole first two weeks, like crying everyday. He said, he started thinking of life being meaningless.

Education is not free

A father of four in Cameroon said, “Primary school is supposed to be free in Cameroon, but it is not. There are always contributions.” He said his younger children’s school was already demanding payment for the year’s final quarter, when it was closed. “Are schools going to blackmail? That if you don’t pay for your [previous] year, we won’t re-enroll your child for the next year?” The father of a 17-year-old in Lubumbashi, Congo, said that his daughter’s school sold them a syllabus to help her study at home for 15,000 CDF (US$8).

Girls interviewed by Human Rights Watch, said that their schools offered no materials or guidance during school closures.

Some girls were harassed either by their fathers or uncles while at home.

Girls are often given the responsibilities of childcare and other household chores.

When children need to use technology to study, and access to devices or data is in short supply, boys often end up getting more access to these resources than girls.

Widespread school closures may also increase risks of child marriage, as research by Human Rights Watch in Malawi, South Sudan, and Tanzania shows a strong connection between girls leaving or being out of school and them being forced into marriage. And some schools ban or discourage, pregnant and parenting girls from attending the school.

Lack of access to radios, television, computers, internet, and data left many students unable to engage in remote learning. Some families in Africa don’t have an access to electricity, some don’t even have kerosene lamps to study at night on their own let alone radios, TVs and internet.

A father in Nigeria told Human Rights Watch that , “My three children join in the school’s online classes on my phone because the family has no computer… Although the lessons are on video, the kids only listen to the audio. Sometimes they cannot connect because I do not always have enough data.”A Nigerian mother said, “I had to upgrade [my daughter] to a smartphone so she can access online materials, but I am sometimes unable to pay for data from [my] civil servant salary.”A mother in Lagos, who lost her income after the university where she cleaned shut down due to the pandemic, explained that she could not afford online studies for her two secondary school-aged children. “Their teacher called me to tell me to buy a big phone [smartphone] for online teaching… I don’t have money to feed my family and I am struggling to make ends meet, how can I afford a phone and internet?”

Caregivers with no to low levels of formal education have greater difficult supporting children with home learning. Taisha S., 16 told Human Rights Watch that she lives with her two grandmothers in Garissa, Kenya. “I am the only person in this house that has attended school and therefore there is very little to no support.”

A teacher in a low-income neighborhood of Rabat, Morocco told Human Rights Watch that after a few weeks of distance learning, “Maybe 10 percent or less of the students are still following today. Those who do, most of the time have educated parents who tell them to keep following.” Khadija F. in Casablanca said “Neither me nor my husband can read or write, so we can’t help our daughters with school.” It was perhaps because he could not read that her husband did not realize that the WhatsApp messages he received on his phone—“from an unknown number, which annoyed him, so he deleted them,” said Khadija—were in fact directions from her children’s teachers. After a neighbor alerted Khadija that the teachers were reaching out this way, the children started doing distance learning.

Children living in rural areas are less likely to have resources to adapt and implement measures needed to continue with the education during schools closures. A teacher in Burkina Faso expressed concern that altering the school term to make up lost time would exclude children if it clashed with crop cultivation. “Some children will no longer return to school, because they’ll prefer to … help their parents cultivate so they can eat. So, many students won’t even come.”

Children in rural areas are less likely to be linked to social media than children in urban areas.

Many schools in rural Africa do not have boreholes or water points. For hand washing it will be difficult to contain the spread of Covid-19.

A teacher in the informal settlement of Mathare in Nairobi, Kenya, explained to Human Rights Watch how the pandemic exacerbated the already dire living conditions for many of her students: “They live with siblings and extended family relatives in small houses and lack basic items like food. Most of the parents to these children have lost their sources of livelihoods due to the pandemic making their already strained living conditions much worse.”Elsewhere in Nairobi, in early May, authorities evicted more than 8,000 people in two informal settlements. They brought in excavators to demolish homes, churches, shops, and schools.Rehema N. said, “All my books and school uniform got lost in the chaos.”

Students living in a conflict areas

Armed conflict is major cause that drives students out school. Before the pandemic, teachers in North Eastern Kenya were learning away from terrorist attacks, that were targeting non-muslim residence in the region. A country like Democratic Republic of Congo, with a number rebels war factions poses a big risk for children to be recruited as child soldiers, even this some may not go back to school again.

The situation in these countries with conflicts is the same, Madagascar, Cameroon, South Sudan, Somalia, Nigeria and Mali.

Children Who Work, and Child Labor

According to research by the international Peace information Service shows an increase in children under 15 working in artisanal gold and gold diamond mines since pandemic’s outbreak. Many are helping their parents with their daily economic activities. This is worrying as some will not go back to school.