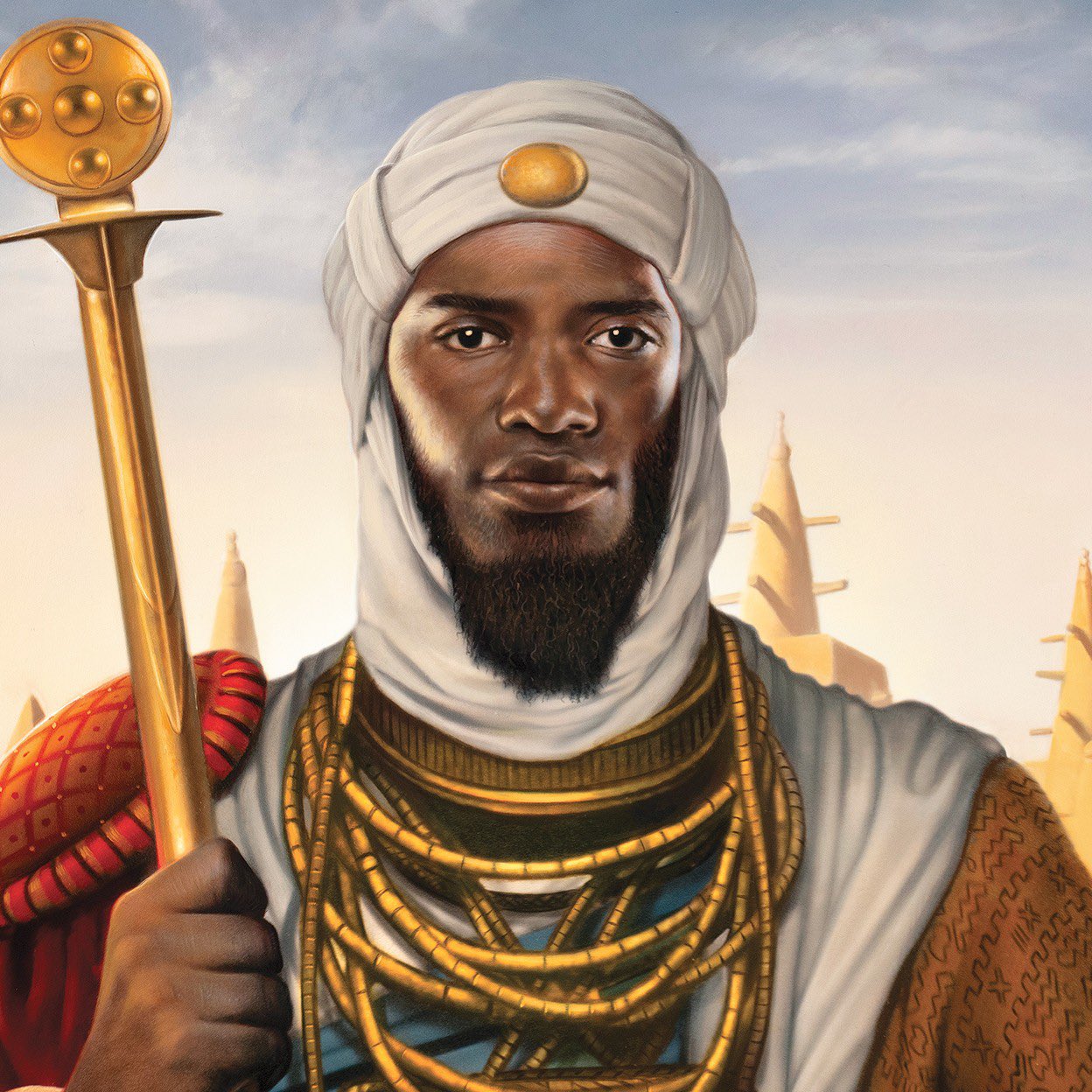 Mali’s Emperor, Mansa Musa, was the richest man in history

During Musa’s reign, Mali was the largest producer of gold and salt in the world, and he (Musa) was the wealthiest person then.

Musa became the emperor of Mali Empire in 1312 after his predecessor, Abu-Bakr II, for whom he was his deputy, went missing on voyage to reach the edge of the Atlantic Ocean. His reign was when at time when European nations were struggling economically due to constant civil wars. During that time Mali flourished thanks to vast natural resources like gold and salt.

Mali Empire was a prosperous empire that expanded to sizeable portion of West Africa and parts of Sahara desert. Timbuktu was a trading hub centre. The kingdom grew economically and so did to its citizens.

Musa came to limelight in 1324 to the world when he set off a journey to Mecca for his Hajj pilgrimage as he was a devoted Muslim.

His caravan was so long beyond where any eyes can see that included tens of thousands solders, slaves and heralds,  draped in Persian silk and carrying golden staffs. It is difficult to establish the exact number of people that were in Musa’s voyage that marched alongside camels and horses carrying hundreds of pounds of gold.

This spectacle was noticed and recorded by residents of the territories where Musa passed through.

The impacts of Musa left on the Egyptian people would reverberate for more than a decade.

When he arrived to Cairo, his character was put on full display when he declined to meet his fellow Cairo ruler, al-Malik al-Nasir. Musa was greeted in Cairo by subordinates of al-Nasir, who invited him to meet his fellow monarch, according to text recorded by ancient historian Shihab al-Umari, Musa declined the offer claiming he was only passing through to his pilgrimage to Mecca.

In this document a man named Emir Abu described, “I realized that the audience was repugnant to him, because he would be obliged to kiss the ground and the sultan’s hand,”  “I continue to cajole him, and he continued to make excuses, but the sultan’s protocol demanded that I should bring him into the royal presence, so I kept on at him till he agreed.”

Musa refused to kiss the feet of the sultan and instead he chose to greet al-Nasir calmly. After conversation, al-Nasir offered logding to Musa and everyone accompanying him, in return Musa left a piece of incomprehensible wealth in Egypt.

From market of Cairo to royal offices, to the impoverished people that crossed his path in Egypt, Musa’s generosity and purchase of their goods left the streets littered with gold. Although this commodity was valued as it was rare and short supply, the people were thrilled at first at least—and Musa’s intention was generous gift with no harm to the economy of Egypt, the value of gold depreciated in Egypt and the economy was hardly hit. It took 12 years for the economy to recover fully.

The King’s journey wasn’t only about giving. On his voyage he conquered the territory of Gao within the Songhai kingdom extending his kingdom up to the edge of Sahara desert. He went further to conquer several territories including present day Gambia, Niger, Nigeria and Chad.

Gao would become a strategic importance to the king, in today’s Mali, Musa would build one of the several mosques after completing his Hajj.

Timbuktu was an important city to the king, he used his wealth to build schools, universities, libraries, and mosques. Some of the mosques such as Djinguereber Mosque, a famed place built of mudbrick and wood stood the test of time, remaining active for more than 500 years.

Tales of his enormous convoy and generosity continued to be passed on to generations after generations after his death. His fame wealth only spread outside world after voyage to Mecca. Musa’s death is believed to have taken place sometime between 1332 and 1337.

By the late 14th century, Musa had been drawn in the 1375 Catalan Atlas, an important resource for navigators of Medieval Europe. Created by Spanish cartographer Abraham Cresques, the atlas depicted Musa sitting on a throne with gold scepter and crown, holding a gold nugget.

When it comes to wealth, it’s nearly impossible to quantify the riches that Musa had during his lifetime. According to University of Michigan associate history professor Rudolph Ware, he said: “Imagine as much gold as you think a human being could possess and double it, that’s what all the accounts are trying to communicate,” he said. “This is the richest guy anyone has ever seen.”

His net worth was estimated to be  $400 billion.