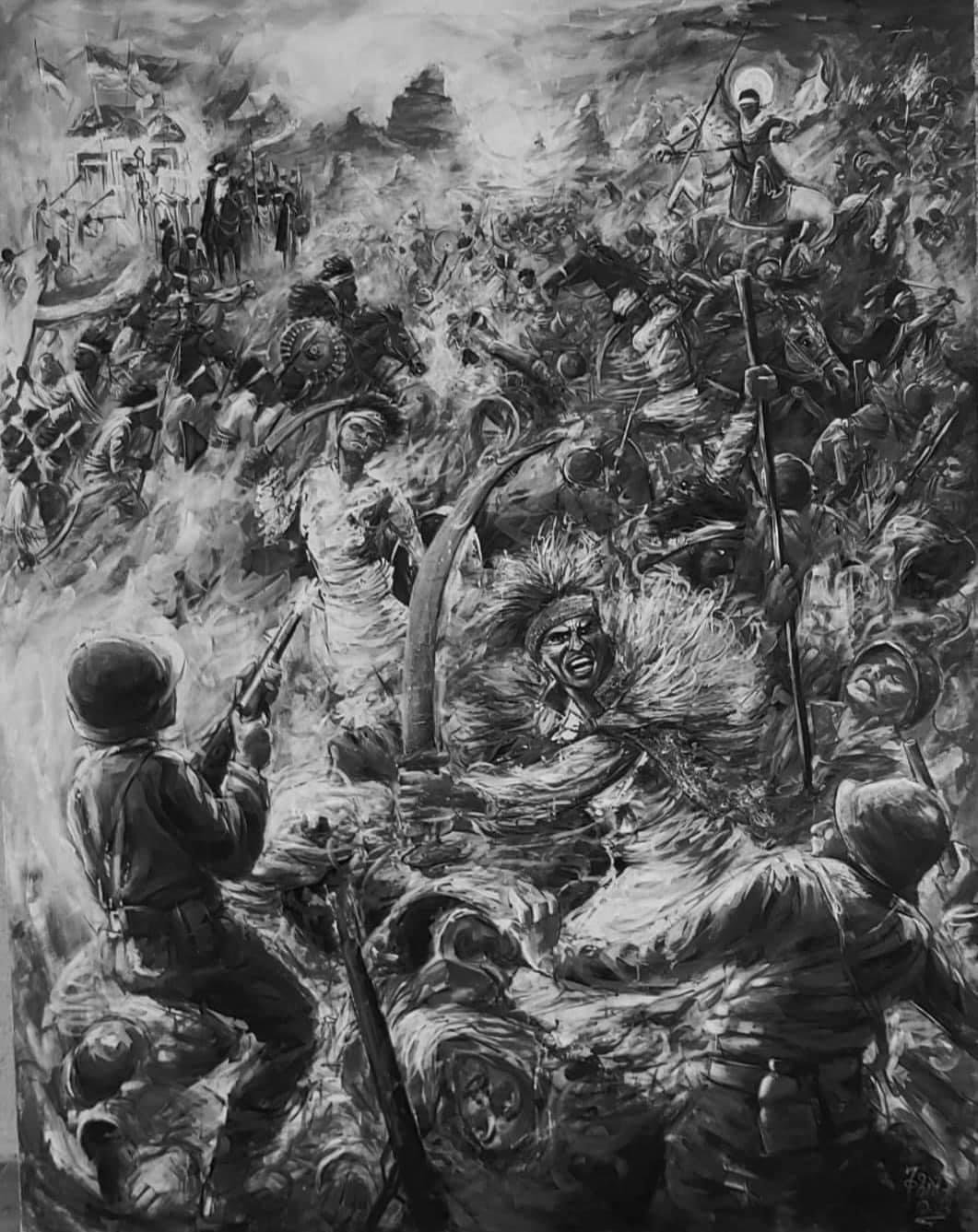 The battle of Adwa, when Ethiopians defeated Italians

Ethiopians do joke about other countries in Africa that, “while you celebrate liberation or Independence Day, we Ethiopians celebrate victory day. ”

During the wake of scrambling and partition of Africa, sections of communites and kingdoms resisted the occupation and eventual colonisation by European powers. With knowledge of superior weapons the Europeans possessed, and need to be protected from rival communites and kingdoms by Europeans, some chose to collaborate with the Europeans. By the beginning of 19th century the whole of African continent was under the European control with exception of Liberia and Ethiopia.

Italian interests in East Africa dates back in 1869, after the opening of Suez Canal that transformed the commercial and strategic significance of the Red Sea coast. Italians established themselves officially in the Red Sea port of Massawa in 1885, after that, they expanded into what now referred to as Eritrean highlands.

This is the story of when the Africans did the unthinkable, in the book The Battle of Adwa: African Victory in the Age of Empire, Raymond Jonas put it this way, the Italians expected easy victory, provided in the previous battles, there were so much victories hence applying wisdom was unnecessary.

The Battle of Adwa in in 1896 was as the results of Italian extending it’s Eritrean colony on the south. At some time after the Italians defeated Ras Mangasha in 1895 the ruler of Tigray, the Tigrian populations appeared to accept the the Italian rule. They persued Mangasha deep into the northern Ethiopia, establishing fortified positions in Tigray and Agamay provinces, vastly expanding the territory under the Italian control.  After series of Italian victories in Tigray, back in Rome the Italian commander Oreste Baratieri was feted as an Italian hero.

Though bound by the treaty of Wichale of 1889 of friendship, both countries, Ethiopia and Italy had different opinions about the nature of that ‘friendship.’ It was a “misunderstanding ”, according to Italian side, the treaty indicated Ethiopia would be a protectorate of Italy, while Emperor Menelik II of Ethiopia argued that he had no such statement in his copy. This led to first war with Italians after Italians occupied the northern city of Adigrat, Menelik ordered his army to retake the city where Italians were defeated at the battle of Amba Alage.

This defeat and pressure from Rome probably was among the reasons that triggered Italians to quickly attack Ethiopia. In September of 1895, Menelik II called the population of Ethiopia to arms. He began to lead a massive force of some 100,000 men northward toward the Italian occupied territories. Through late 1895 and into the early months of 1896, Menelik led a brilliant campaign that forced the overextended Italians to fight on his terms.  By threatening to outflank the Italian forces and threaten Eritrea, Menelik maneuvered the Italians into a position that left their supply lines exposed, vulnerable to a population that was now turning against the occupiers.

General Baratieri was not willing to attack Menelik’s army in the open battlefield. After he realized he was being outmanuevered, he planned for tactical retreat as the best option. Some of Baratieri forces were against the idea of retreat, citing spy reports that the Menelik’s forces were demoralized and depleted. Baratieri agreed to the plan and called some 15,000 forces to advance under cover at night and occupy forward positions, this move would have forced Menelik to lose face if he declined to attack Italian forces holding strong defensive positions.

The advance took place at night on the 29th of February. By dawn, the Italians established and secured the Ethiopian passes, inviting attack. Instead, one Italian brigade overshot it’s rendezvous point and virtually marched into the Ethiopian camp. A second Italian brigade sent to cover the first retreating brigade was caught up in separate engagement. Menelik forces were able to defeat Italians in three separate combats. By afternoon of 1st March 1896, Italian forces were desperate, panicked and retreated back to Eritrea.

This was the victory that sealed the unification of Ethiopia and solidified Menelik’s claim to the title of Emperor.