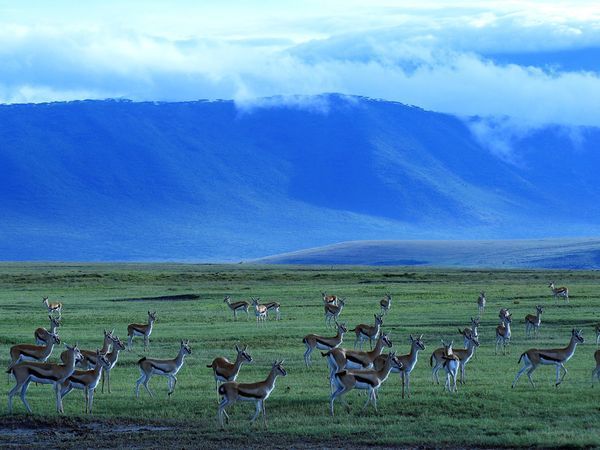 12 interesting facts about Tanzania, you may probably don’t know about

1. The most expensive hardwood tree

Tanzania has the most expensive hardwood tree in the world, the Mpingo tree, also known as the Blackwood tree.

The earliest human skull in the world was discovered in Olduvai Gorge in Tanzania.

Tanzania has the largest concentration of animals per square kilometres in the world, with more than 4 million wild in its periphery.

30% of this amazing country area is occupied with national parks (12), nature reserves (13), and 38 protected areas.

Mt. Kilimanjaro is the highest free standing mountain in the world. It is also the tallest mountain in Africa.

Yes! and this is very rare at the same time. Tanzania share it’s National Anthem with South Africa and Zimbabwe.

The largest crab in the world, is the coconut crab, found in the archipelago of Tanzania, Zanzibar. It is said to be the most delicious as well.

In all of Eastern Africa, the Ruaha National Park is the home to the largest population of wild elephants.

Ngorongoro crater is the world’s largest volcanic crater, with a diameter of 19 kilometres and boom deep.

The lead vocalist of the famous English band ‘Queen’, Freddie Mercury is Tanzanian by birth and was born in the archipelago of Zanzibar in Stone Town. His real name is Farrokh Bulsara.

Lake Manyara National Park is the home to world’s only tree climbing lions, however, lions can climb trees when in danger or hungry and wants to steal Leopard’s food.