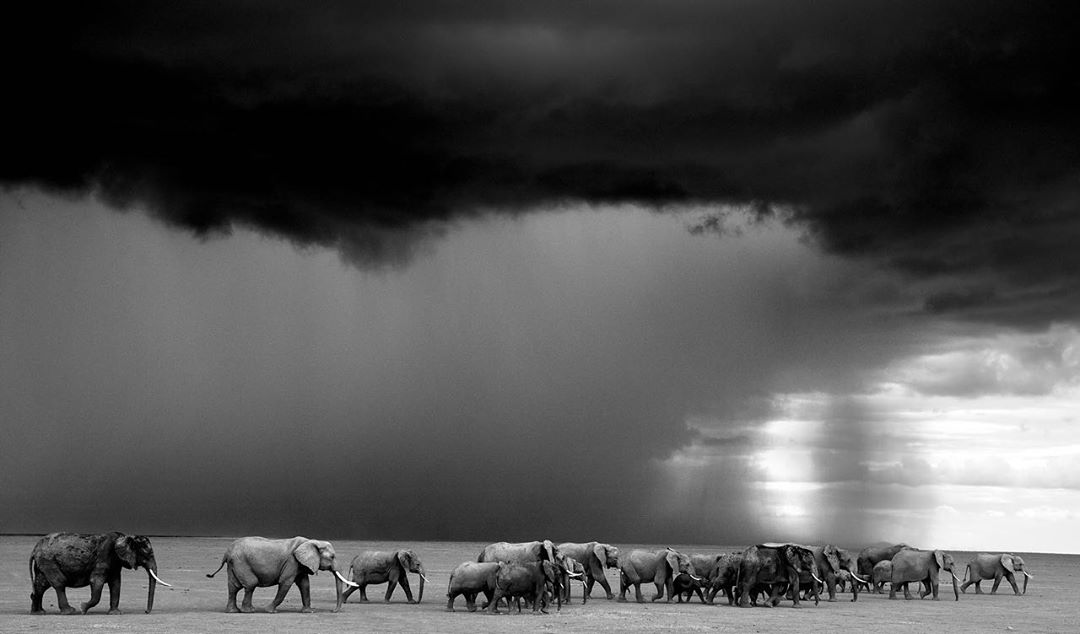 Amboseli was formerly known as Maasai Amboseli game reserve. ‘Amboseli’ is a local Maasai word meaning ‘salty dust.’ The Maasai people are the earliest inhabitants of the area, they used to graze their livestocks in the park and often encountered too much dust when their livestocks walk especially during dry seasons.

Amboseli lies in the North West direction of Mount Kilimanjaro, on the border between Kenya and Tanzania. The park stretches over the area of 392 square kilometres, which have acacia woodland, rocky thorny bushes, swamps, marshland and Pleistocene lake, and a very beautiful backdrop of Mount Kilimanjaro.

This park is home to a large concentration of wildlife estimated to be 80 different species, including large African Elephants hence the name ‘Land of Giants’ , African bufallo, impalas, lion, zebra and wildbeests among other animals.

Amboseli national park recieves migratory birds in the period between the months of November to April. Over 3600 birds species migrate to Amboseli National Park.

Amboseli national park climatic conditions are more unpredictable, the park can experience an extreme drought in one season and floods in another season. Normal seasons with moderate rainfalls and dry periods are present.

As a precautions, tourists are not allowed to leave from their cars. The animals are dangerous that loom freely like elephants, buffalos, lions and pythons. The only place a tourists can move out of their cars is when they are at the observation hill , a pyramid shaped hill from where you get excellent views of the park’s wildlife.

This park is surrounded by Maasai’s community.

Amboseli national park feds on a natural underground water system that filters water in the volcanic rock and is receive into water springs found in the centre of the park.

Amboseli National Park was officially declared a national park in 1974, but the park was in existence even before the arrival of British colonial rulers.

The small seasonal lake, Amboseli Lake is said to have been permanent lake 10,000 years ago, with a depth of 40 metres.

The park is best considerered the best place to view elephants.