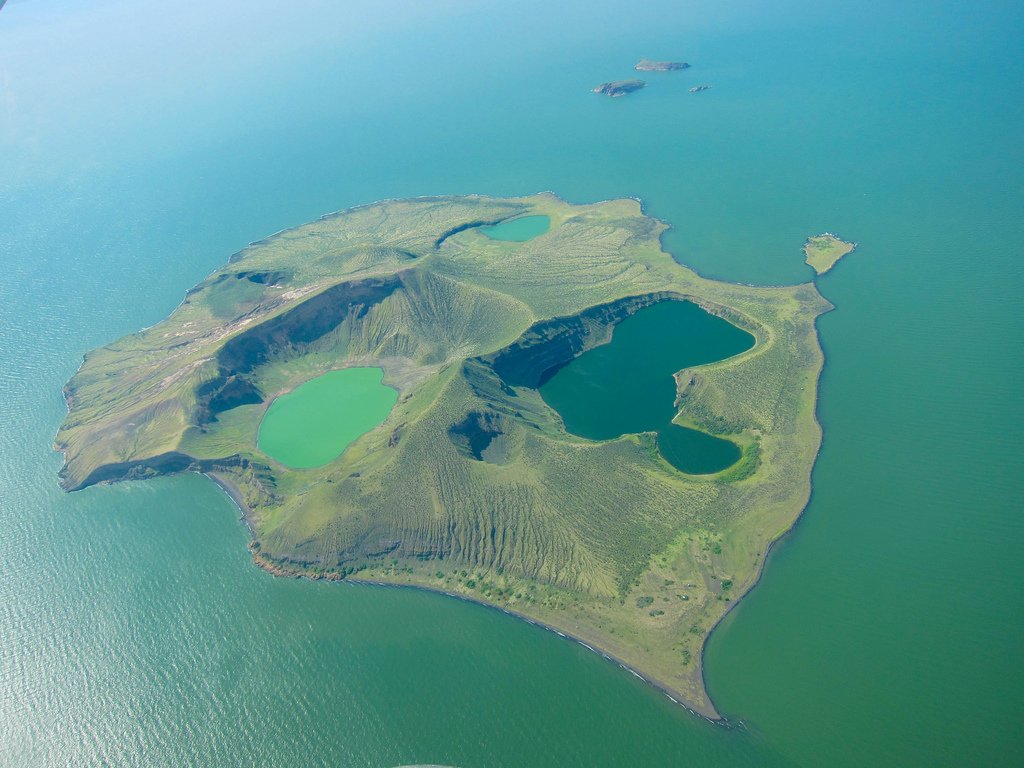 This lake is among the lakes found on the floors of Great Rift Valley. It is the world’s largest permanent desert Lake ( lake neighbouring Chalbi desert) and the world’s largest alkaline lake. It is also the word’s fourth-largest Salt Lake by volume.

The cradle of human beings

Some of the fossils of the earliest man were found around Lake Turkana by Mary Leakey. The oldest fossil believed to be over 4 million years old. Thousands of fossils have been collected over time with the earliest evidence of human warfare also registered to have been around the lake.

Lake Turkana has the largest Nile crocodile concentration in the world

The Central Island also holds an active volcano. This volcano emits volcanic ash, vapour and sometimes sulphur in the air. It has not erupted in recent past.

Lake Turkana is fed by three rivers, River Omo, River Turkwel, and River Kerio.There is no outlet and this explains why there is high level of alkaline.

Sometimes Lake Turkana is known as Jada Sea. During calm conditions, green algae comes to the surface of the lake giving it a green appearance from a distance.

The Borana, Oromo and Rendille use the lake to mark their territories. Inter community disputes are common amongst different communities in Kenya, however  communities around Lake use the lake as peaceful agreements whenever there’s misunderstandings on trespassing.

Apart from Nile crocodiles and several species of fishes, the lake boast diverse biodiversity. This lake is actually surrounded by small bushes although the area is desert.

The existence of this lake is being threatened by the construction of a dam along the Omo River by the government of Ethiopia.

The wind power plant that was built around the Lake Turkana generates about 310 megawatts of power to the national grid. It was launched in July 2019, at a total cost of around $700 million.