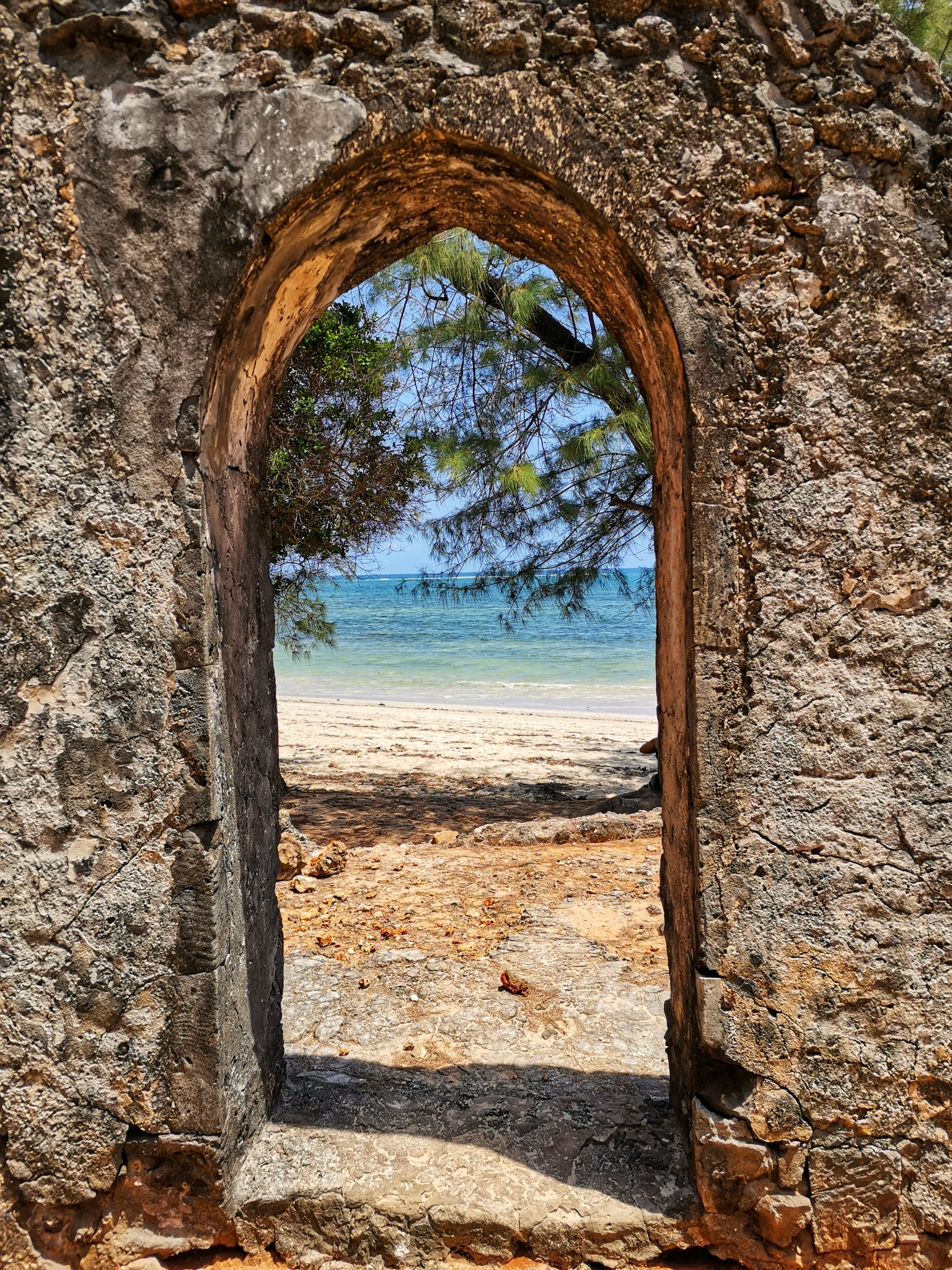 Jumba la Mtwana is a Kiswahili word meaning “the large house of the slaves .” The site is located on the Indian Ocean coast of Kenya, close to Mtwapa Creek, at Malindi in Kilifi county 15 kilometres north of Mombasa.

There are four mosques and four houses in the area that have survived the test of time. The inhabitants of this town were mainly Muslims as evidenced by number of ruined mosques.

There are no written documents about this historical structures. But ceramic evidence shows that this site dates back to the fourteenth century, basing on the presence of a few shreds of early blue and white porcelain with lung-chuan celadon, and the absence of any later Chinese wares.

This site was selected probably due to its strategic position that included having presence of fresh water, exposure to the North East and South East breezes which could keep the people cool plus it’s safe location from external attacks from sea because it had no harbour, thus larger vessels had to anchor along way offshore, or move probably in Mtwapa Creek. There are possible reasons as to why the area was finally deserted; trade interruption, water supply failure or hostile invasions.

James Kirkman was the first to do clearance and excavation of the ruins in 1972 with intentions of dating the buildings and consolidating buildings which were in danger of collapse. In 1982, the government of Kenya gazzeted Jumba la Mtwana as National Monument.