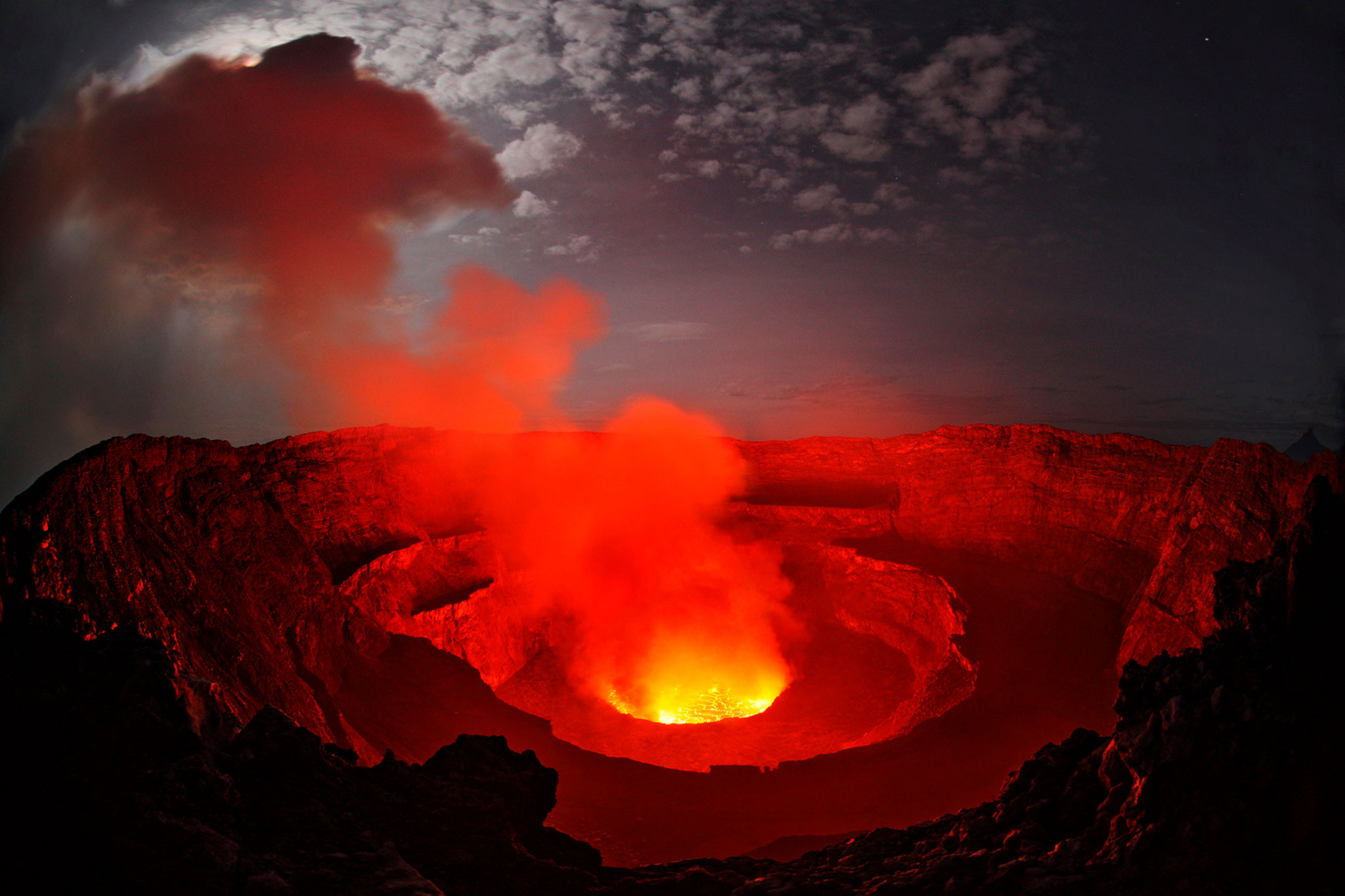 The most dangerous volcano in the world, Nyiragongo in the Democratic Republic of Congo

by: Jonathan Democratic Republic of Congo‚ Environment‚ Travel Comment off

Nyiragongo is one of Africa’s most notable active volcanoes, having a crater in it’s deep summit which contains a lava lake which was active for half century to 1977, when it drained catastrophically, is the most dangerous volcano in the world. Nyiragongo displays steep slopes of stratovolcano with 1.2 km-wide summit crater.

On January 10, 1977, the lava lake drained in less than one hour, moving at a speed of up to 100 km/per hour, where about 300 people were burnt alive. The fluid lava reached nearby town of Goma within 20 min reaching 600 m of the Goma airport.

A lava lake once filled again part of the crater in June 1994. When it drained in 1977, the lake was approximately 40 m in diameter and sent lava flows onto the floor of 800 m diameter crater.

Volcanoes can be very dangerous because of the hazards they pose. What makes Nyiragongo one of the most dangerous volcanoes in the world, is that apart from its super fast lava flows danger, that drain into nearby cities, it is of highly alkaline composition and is believed to be fed by a plume under the volcano. Due to political unrest and numerous militants in the country, it’s not easier for scientists to study why Nyiragongo erupts and when it will likely erupts. Attempting to climb the volcano is also very dangerous, as the walls could rupture any time.