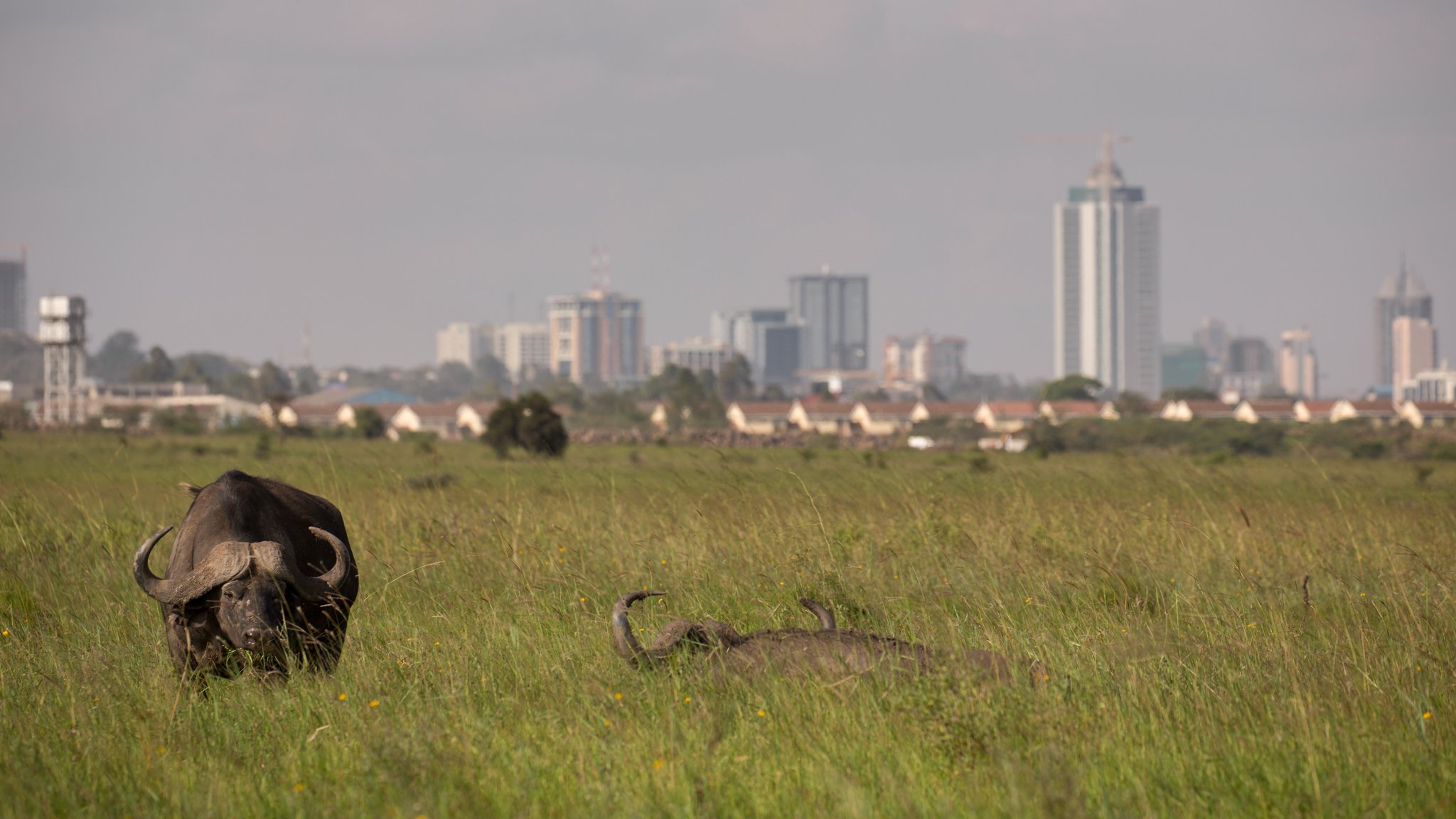 Nairobi National Park was established in 1946, the park is located 7km south of Nairobi city.

The park is enclosed on three sides with fence and open in the southern boundary that allows migrating wildlife to move between the park and the adjacent Kitengela plains.

Compared to other parks in the country, this park is relatively smaller, but boasts a large wildlife population. This park is one of the Kenya’s most successful rhinoceroses sanctuaries.

The only park located within the capital city.

While at the park, you can choose for guided tour or self guided tour.

If you have your car you can drive through the park using a map or take a tour guide driver who will lead you to all the best places to spot animals.

The oldest National Park in Kenya

This is the oldest National Park in Kenya, it was gazzeted in 1946. As human population grew big in the city, the conflicts between animals and human beings also grew. The residents in the city would walk with weapons at night to protect themselves from attack. Other herbivores like zebras would destroy vegetable gardens and flower beds.

There are several birds and animal species in Nairobi National Park

The Nairobi National Park has over 600 species of birds. About 500 are permanent while others are migratory.

The herbivores use the Kitengela conservation area and migratory corridor to the south of the park to reach Athi Kapiti plains.

The Nairobi National Park is the home to an Elephant orphanage

This Elephant orphanage in the park was founded in 1977. It is the centre for rehabilitation and rearing of orphaned elephants.

You can participate in feeding these elephants. These elephants sleep under the same roof with their caregivers.

It also the home to many sick and injured animals that are brought there for care, rehabilitation or surgery.

Major wildlife attractions in the park are Black rhinos, lions, leopards, cheetahs, etc as they are stated above.

This park and Nakuru National Park are the only parks in Kenya which do not have elephants. They were removed from the park to minimise human-wildlife conflicts.

The Nairobi Tented Camp is the first of its kind to be allowed in safari destination.

There are nine tents that house 2 people each. They are self-contained with toilets and showers.

Other animal sanctuaries within the park

In addition to animal orphanage, Kenya Wildlife Service has created a Safari Walk in the park that highlight the plant and animal varieties that are found in Kenya, and their effects on Kenya’s population.

The Safari Walk gives a glimpse of what to expect in other parks. It features three major ecosystems, wetlands, savanna and forestry.

This was done in order to end the ivory trade and save the elephants and rhinos from poachers.

Another 105 tons of elephant ivories and 1.4 tons of rhino horns, were confiscated at the Kenyan airport while on transit, was burnt in 2016.