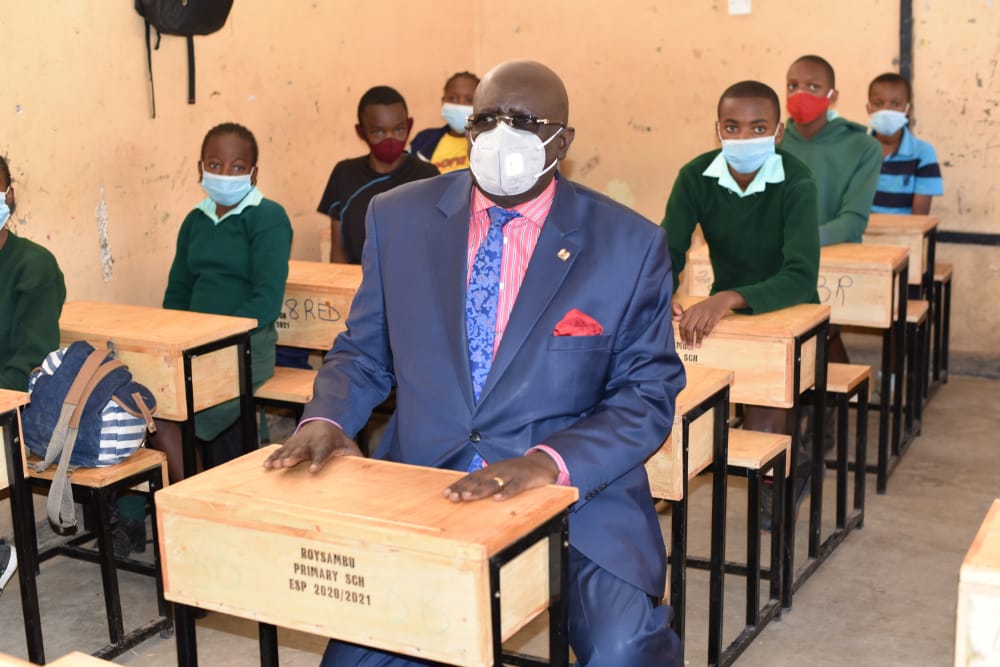 Education Cabinet Secretary Prof George Magoha now says his ministry is facing a shortage of one million face masks to for children from poor backgrounds ahead of schools’ re-opening next Monday.

The masks are meant for children whose parents cannot afford the safety gear.

“Out of the three million children identified by the government, we have already supplied close to one million to Grade Four, Eight and Form Four candidates who reported to schools, while Rivatex has already given us another one million,” he revealed.

Speaking on Monday while assessing the preparedness of schools in Seme, Kisumu County, Prof Magoha vowed that the government would do everything to bridge the gap.

Buy masks for their children

However, he called on parents who can afford to go ahead and buy masks for their children.

The CS reiterated the government’s preparedness to manage the learning of 16 million children.

The government, he said, will disburse Sh19 billion for the second term ahead of the re-opening of schools on Monday, January 4.

Prof Magoha said his ministry was working with the National Treasury to ensure the money is released in time to facilitate smooth running of the learning institutions.

The CS called on school heads to manage the resources prudently, cautioning that stern action will be taken against people who misuse the funds.

“Together with my National Treasury colleague Ukur Yatani, we are in the process of disbursing over Sh14 billion to secondary schools and more than Sh4 billion to primary schools,” he said.

“We shall follow up to ensure the funds are used for the intended purpose,” he warned.”