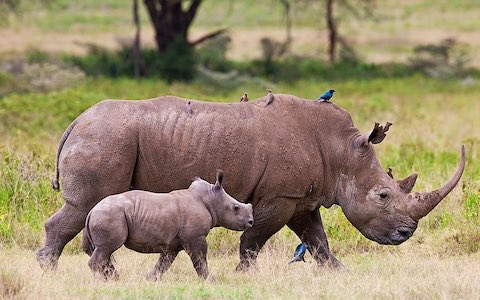 Rhino poaching in South Africa down 33 percent during lockdown

The gains were marginally reversed when movement restrictions were loosened.

At least 394 rhinos were slaughtered in 2020, down from the 594 recorded in the previous year, Environment Minister Barbara Creecy said in a statement.

Most of the rhinos — 245 — were killed in the Kruger National Park, a tourist magnet bordering Mozambique.

South Africa is the home to nearly 80 percent of the world’s rhinos.

According to the World Wide Fund for nature (WWF), 70% of rhino population are no more over the last decade due to drought and poaching.

A report released last month by the national parks agency found there were only 3,549 white rhinos and 268 black rhinos left in the Kruger.