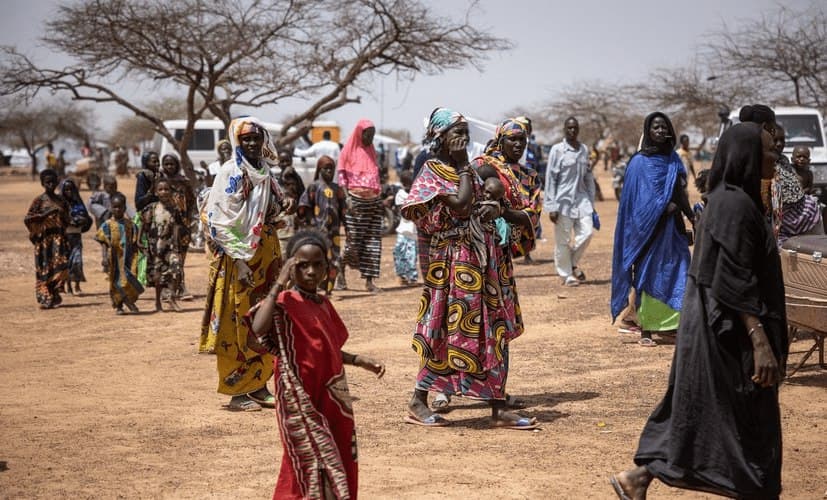 A recent report found that a community leaders in Burkina Faso are exploiting internally displaced women, demanding sex or money in return for food aid.

In Burkina Faso there around 1.3 million internally displaced people. In an unofficial camp in the Centre North region, IDPs say they do not receive food aid from the state or non-government organizations. One woman, who is not being named for her safety, said she has been forced to take desperate measures in order for her to eat.

She said she stayed in the shelters for six months without having enough to eat unless she had sex with people distributing food aid. Many women in the area according to her, were contracting sexual diseases as a result. She survived the ordeal when her husband came back and were able to rent a small house.

A report last month by The New Humanitarian, a media outlet focusing on humanitarian issues, found out that eight IDPs had been forced into sex in exchange for food aid.

“From the reporting that I did and the women I spoke to, it seemed like everyone knew that this was happening,” said Sam Mednick, a reporter with the The New Humanitarian. “Few people were really willing to talk about it. The women I spoke to said they knew other women who had also registered for food and were having a hard time finding food assistance and thought they were being propositioned in the same way that they had been either for sex or for money in order to add their names to the registration list.”

A local official from a town with large number of IDP population, who spoke on condition of anonymity, told VOA the size of the sex-for-food scandal is likely much bigger than has been reported so far.

He said that there are so many women who approach them to express their concerns, but he does not have the exact number. He estimates between 20 to 30 displaced women have reached out so far.

The United Nations Office for the coordination of Humanitarian Affairs, which provides much of the aid refused to give an on-camera interview, but did not respond to questions asked via email by VOA. This was response by United Nations; “The Government of Burkina Faso, supported by UN , has a toll-free number for filing complaints in all cases of sexual or gender based abuse…Focal points are in place to detect any sign of sexual abuse or exploitation and other workers are trained on their responsibilities and accountability.”

Burkina Faso’s ministry for humanitarian affairs did not respond to VOA‘s request for comment.