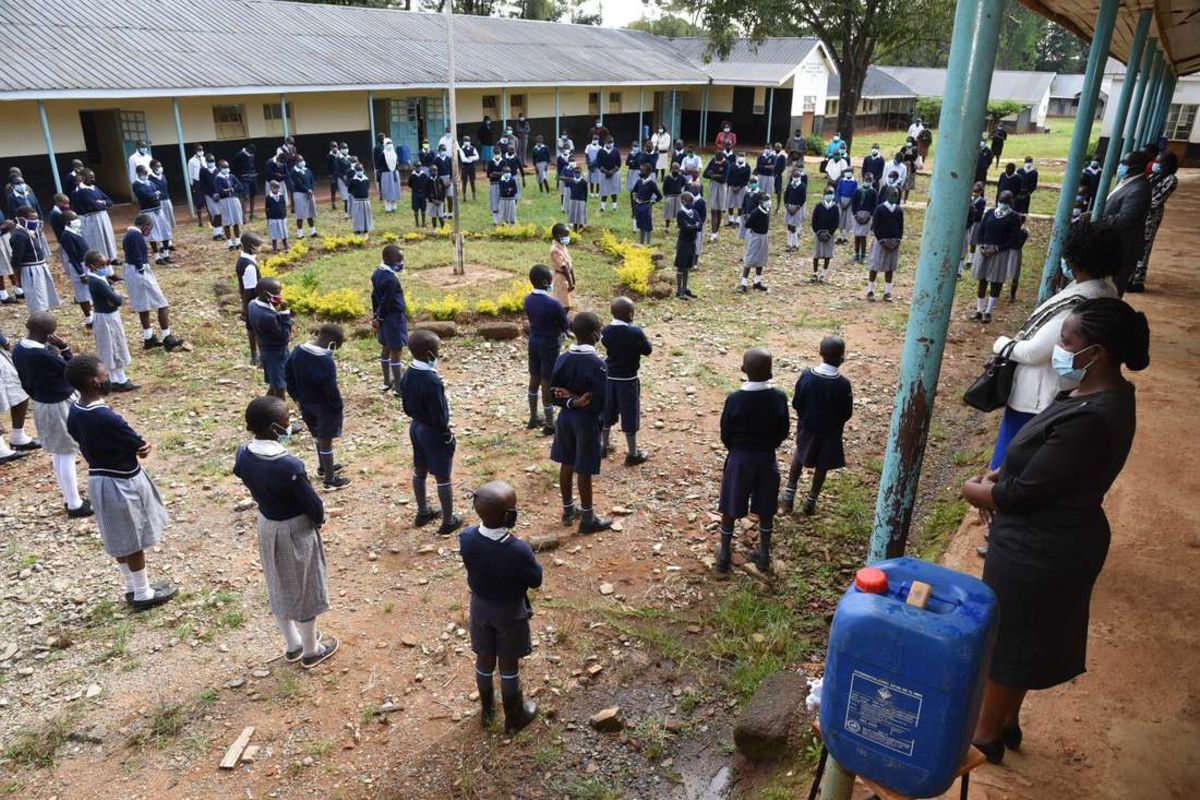 Most schools in Mandera County risk closing just a week after re-opening, following a nine-month break occasioned by the Covid-19 outbreak, for lack of teachers.

The Nation has established that schools with more than 200 learners from Grade One to Standard Eight only have a teacher each running the show.

For example, in Banisa Sub-County, 35 full-fledged primary schools only have one teacher.

Mandera East has two schools with one teacher each while three schools in Lafey Sub-County are in a similar situation.

While inspecting schools on Monday under the “operation back to school”, Principal Secretary in the State Department for Co-operatives Ali Noor Ismail said the government is doing everything possible to address the teachers’ shortage in Mandera.

“Most schools lack teachers and are operating below approved staff establishments but the government is doing its best to deal with the situation,” he said.

There was a mass transfer of teachers from Mandera in February last year due to fears of terror attacks. The teachers were not replaced, leaving the county in an awkward situation.

He said it has proved difficult to fill the gap since most locals do not take up teaching.

“We don’t have enough teachers trained locally to fill this gap and most people look at teaching as a poorly paying job that they don’t want to be associated with,” he said.

In June 2020, the government announced 404 teaching vacancies for locals but only 20 people applied for the jobs according to available records at the TSC Mandera office.

“We need to have locals trained as teachers so that they can help in such a crisis but in Mandera things are different,” said Mr Abdullahi.

Currently, the government is looking for 56 intern teachers for primary schools and another 13 for secondary schools but the local office is yet to receive any application.

The county TSC boss appealed for improved security in Mandera for teachers from other parts of the country to be engaged.

“We need to have the locals change their perception on teaching as a profession and have security beefed up so that non-local teachers are safe in schools,” said Mr Abdullahi.

Mushrooming of schools in the county is also another contributor to teacher shortages in Mandera.

As locals migrate and set up new settlements, politicians set up schools without considering the availability of teachers.

A teacher training college was established in Mandera in 2016 but the whereabouts of more than 100 locally trained teachers who have since graduated from the facility remains unknown.

With 294 public primary schools, Mandera has only 690 teachers and it requires 1,849 more to fill the gap.

At least 109,586 pupils have reported back to primary schools since January 4 when schools re-opened.

This translates to 92 per cent of the total population of pupils, according to the County Director of Education Adan Roble.

In the 57 secondary schools, 17,300 students have reported back, translating to 83 per cent of the learners, and they are being taught by 324 teachers.

Mandera needs 517 teachers to fill the gap in the secondary schools scattered across the county.

Mandera Governor Ali Roba blamed the crisis on the insecurity posed by the Al-Shabaab militant group.

“The severe teachers’ shortage is due to transfer of non-local teachers out of the entire north-eastern Kenya by the Teachers Service Commission on grounds of insecurity from terror cells,” he said.

According to the county boss, learning in Mandera has been paralysed.

Governor Roba urged the State to ensure equal access to basic education for the people of Mandera and the entire north-eastern Kenya.

“Some of our schools have not opened in this region for lack of teachers. TSC is duty-bound by law to employ and deploy teachers to all public schools in Kenya. If they fail to address the issue, then they must be censured for this act of blatant discrimination of our county and the region at large,” said Kullow Mohamed Sheikh, secretary-general of the Kenya National Union of Teachers (Knut), Mandera County.

The only school which has been closed in Mandera is Yetho Primary due to skirmishes pitting the Garre and Murule clans, according to the local education office.

“Education is solely the responsibility of the national government. It seems the government has failed in providing this basic right. Schools are open but, under the pretext of terror threats, TSC has taken a hard position of not posting teachers to Mandera,” Mandera North MP Bashir Abdulahi said.

According to Mr Bashir, it remains the government’s responsibility to provide both security and education to all Kenyans.

“The silence and lack of action on the part of the government is worrying. Maybe it’s about time we consider devolving this function to the counties to change the current trend,” he said.

The original article on Nation