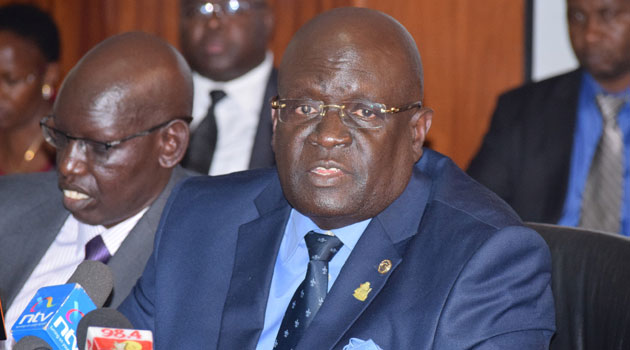 Deal reached to increase fees for varsity students in Kenya

Fees for all government-sponsored students in public and private universities is expected to rise after a parliamentary committee on education agreed with institutions’ management to gradually increase it.

The National Assembly Committee on Education said the current fees of Sh16,000 has not been adjusted since 1989 despite the rise in cost of running tertiary institutions.

Yesterday, during a meeting between the Treasury, vice-chancellors and the National Assembly, key education stakeholders said there is need to increase the fees from Sh16,000 to Sh48,000 per year “without burdening parents.”

“We agreed that everything is done at Helb level because the hard economic times, for now, may not allow for any fees increment,” Ms Mutua said.

She said extremely needy children will be given grants.

Parents, however, said the move to push for higher loans is just another way of increasing fees since the loans will still be repaid by students.null

“If you increase Helb loan, it basically means that you have increased fees because it shall be paid by the learners eventually,” said a parent.

The recurrent funding to universities is based on Differentiated Unit Cost (DUC) model where the government caters for 80 per cent of the unit cost while students pay 20 per cent through HELB loans and household support in tuition fees.

Education Principal Secretary Simon Nabukwesi said the time of establishment of the figures in 1989, it was estimated that the average cost for a student to study at the university was Sh120,000, of which Sh86,000 was for tuition while Sh34,000 for student upkeep.

The PS said there is need to establish a seed fund of Sh2.5 billion to support first year students initially to acquire laptops, noting other learners will be progressively supported as students adjust to online and blended learning.

The PS said the number of Kenya Certificate Secondary Education (KCSE) candidates qualifying for university admission is expected to increase yet the government funding to public universities is constrained.

“As a result, private universities are expected to play an important role in meeting the rising demand. Private universities that offer specialised programmes at competitive cost will continue attracting students,” said Nabukwesi said.

He said disparity in funding of programmes under DUC for government-sponsored students in private universities compared to public universities, which is 18 per cent and 53 per cent per student respectively, is a big challenge.

The committee said low funding to universities has led to accumulation of pending bills of Sh36.7 billion, which comprise statutory deductions, capital development expenditure, CBA increase of wages and salaries.

Nabukwesi said the annual requirement per student is estimated at Sh200,000 but Helb currently provides Sh68,000, leaving a huge deficit.

“There is need to increase individual loans to a maximum of Sh80,000 and a minimum of Sh68,000 to meet the growing variance,” said the PS.

“This is based on university enrollment of 500,000 students at an average DUC rate of 192,000 for human and science students,” said the PS.

Nabukwesi said in some universities, the total number of students placed is lower than the declared capacity.

“Most of the universities are currently insolvent as they cannot meet statutory obligations,” said the PS.

Private universities also received only Sh2.4 billion from the projected Sh6.6 billion budget and hence will be unable to offer quality university education to students, including government-sponsored students.

The PS said university funding has been greatly affected by Collective Bargaining Agreement (CBA) which is a recurrent expenditure signed over the years since 2010.

National Treasury PS Julius Muia said the government is constrained financially and asked vice-chancellors to come up with ways to raise funds to run their institutions.

He said the reduced enrollment of students to universities has been attributed to a shift of focus in quality education to Technical Industrial Vocational and Entrepreneurship Training (TIVET).

He said the university funding has not expanded due to the CBAs awards.

The PS Treasury urged universities to close satellite campuses that are not economically viable. “For instance Jaramogi Odinga, Maseno and Masinde Muliro should not be opening campuses in Nairobi and Mombasa but rather in Western Region to avoid over-concentration of university satellite campus in towns,” he said.