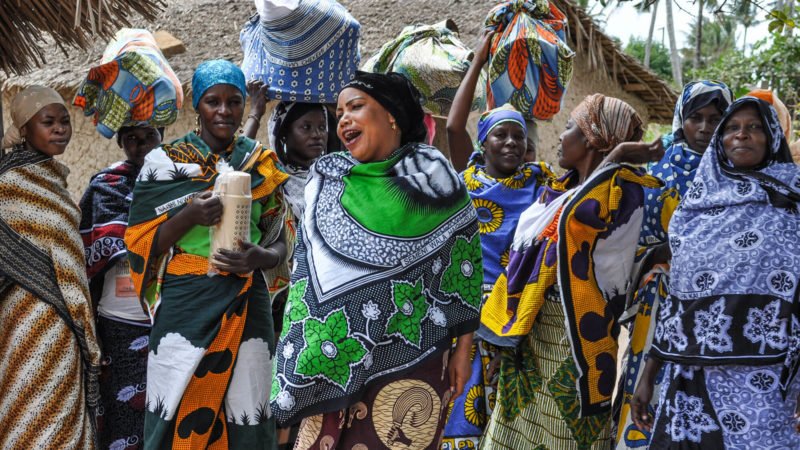 The most spoken native languages in Africa

Almost 3,000 natives languages are spoken in Africa, making Africa the most muilt-linguistic continent.

Kiswahili
With over 150 million speakers, Kiswahili is the most spoken native language in Africa. Kiswahili is a Bantu language believed to have originated from other Bantu languages in Africa and Arabic. Kiswahili developed due to historical Arabs engagement in trade along east African coasts with Africans from the interior of the continent. Kiswahili developed as results of Arabs and Africans needs to understand each other. Kiswahili is the national and official language in Tanzania, Kenya, Uganda and one of the official language in Rwanda. Other countries that speak Kiswahili include; Democratic Republic of Congo, Burundi, Southern Somalia, Sudan, Ethiopia, Northern Mozambique and recently introduced in Zimbabwe. You can smoothly sail these Eastern, Central, and Southern African countries if you’re conversant with Kiswahili.

Hausa language is spoken by Hausa people of West, North and Central Africa. They are the largest ethnic community in Africa, mostly dominating Nigeria and Niger. Hausa is the second most spoken native language in Africa after Kiswahili, numbering over 70 million native and second language speakers.

Oromo
The Oromo language speakers can add up to 50 million speakers. The Oromo language also known as Afaan Oromo, is the most spoken language in Ethiopia. This Cushitic language is also spoken among the Oromo people of Kenya, Eritrea, Somalia and Egypt.

Yoruba
The number of speakers are estimated to be between 30 and 40 million. This language is spoken principally in Nigeria and Benin. The communities found in Sierra Leone, Liberia, and other parts of Africa as well as Americas and Europe also speak this language as their first language. The remains of this language has been in use in Caribbean today. Afro-Brazilians also use the words from Yoruba.

Igbo
The Igbo language is the native language of the Igbo people. It has about 28 million speakers in South-eastern Nigeria, Brazil, Jamaica, USA, Bahamas, Trinidad and Tobago, Sierra Leone and Ghana. This language is recognized as the major language in Nigeria.

Twi
Twi is a common name for two dialects of former Akan language, Asante (Ashanti) and Akuapem. There are about 10 million speakers in Ghana, Ashanti Region and about 17 to 18 million Ghanaians as either first or second language.

Zulu is among the 11 South African official languages. About 12 million people speak this language as their first language and an estimated 16 million as the second language. Zulu is spoken in Swaziland, Botswana, Lesotho, Malawi and Mozambique.

Shona
Shona language (including all its dialects) is among the most spoken Bantu language in Africa. This language is mostly spoken in Zimbabwe, Botswana, Zambia and Mozambique, with native speakers found mostly in Zimbabwe and Mozambique. There are total of around 12 million speakers.

Berber
Like Kiswahili, this language originated from Arabic. Berbers speakers are estimated to be 10 million, with mostly found in Morocco. Other Berber speaking are found in Tunisia, Algeria, Libya, Northern Mali and Northern Niger. Small speaking populations can be found in Burkina Faso, Egypt, Mauritania and the Spanish city of Melilla.