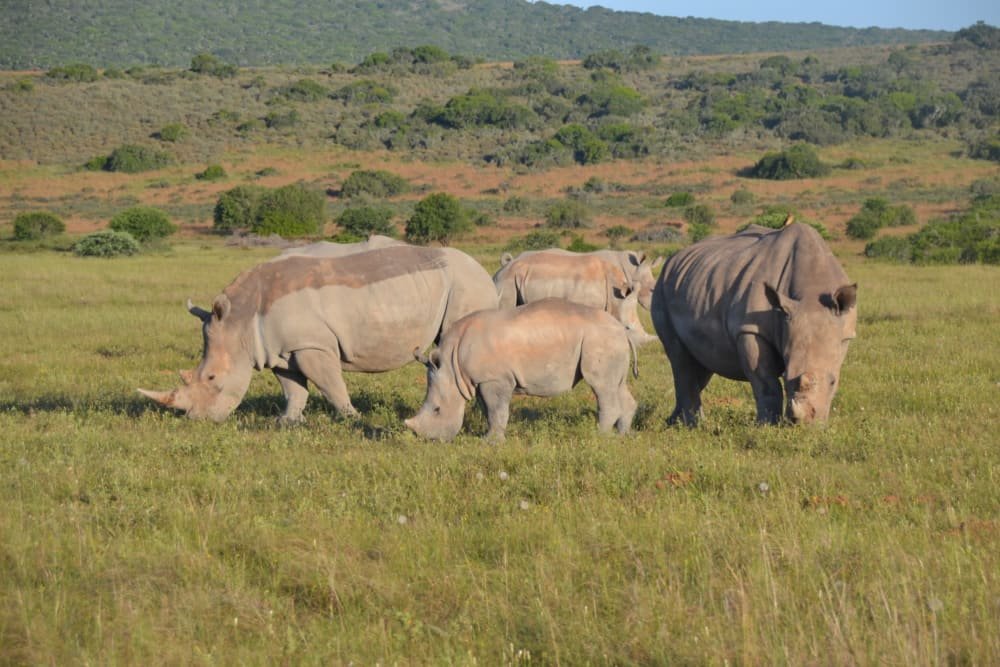 THE RHINO, 13 FACTS ABOUT THE ANIMAL THAT WALK WITH THE “GOLD”

Rhinos are critically endangered animals found in Africa and Asia, this magnificient creature must be spared from human hunting, for their horns and bush meat. The Western Black Rhino has been officially declared extinct. There is no male Northern White Rhino, the last Sudan caught from the wild in 1975, died in on 19 March 2018. Only two females left. The civil wars in some parts of African regions has contributed to the demise and near extinction of these beautiful animals. The high ranking officials in African governments have been accused of being the main culprits in transacting rhino’s horn related business in Asian market. With that, tough measures including death sentences should be implemented with banning all related rhino products and shoot to kill for anyone seen illegally hunting these animal.

1. Rhinos are the second largest land mammals after the elephants, with White rhino being the largest of all species.

2. The name “rhino” means nose “ceros” horn, so literally the rhinoceros means “nose horn”. Words are derived from the Greek.

3. Rhinos don’t have no real traditional enemy or prey, their only enemy which is threatening their existence is of course human.

4. They use their powerful combination of speed, horn, legs and teeth when they are in defence. They can run twice as the fastest human being, so when you see them coming toward you, you better climb to a nearest tree.

6. When sensing danger White rhinos form a circle around their calves, facing outwards to protect them, they are good mothers.

7. White rhinos are social, they live as a crash, a collective noun for herd of rhinos, while Black rhinos are solitary.

8. White rhinos and Black rhinos are in fact of the same colour, the origin of the word “white” is unclear.

9. Rhino’s skin is thick and leathery, but very sensitive to insect bites, sun and injury. This is why rhino enjoys mad baths, as a way of coating their skin.

10. They have one helpful friend “askari wa kifaru” in Swahili, in English this means “rhino’s police” they are Oxpeckers, these birds eat ticks off the rhino and alert the rhino of any impending danger, since rhinos got poor eyesight but with high sense of smell and hearing.

11. Their social media happens through pile of dungs also called “middens” left as coded messages for other rhinos. Male rhinos sprays urine to communicate the boundaries of their territories. They are territorial.

12. Rhino horn is made of keratin, the horn is not hollow like that of an elephant’s trunk. It doesn’t have any medicinal purposes, only myths.