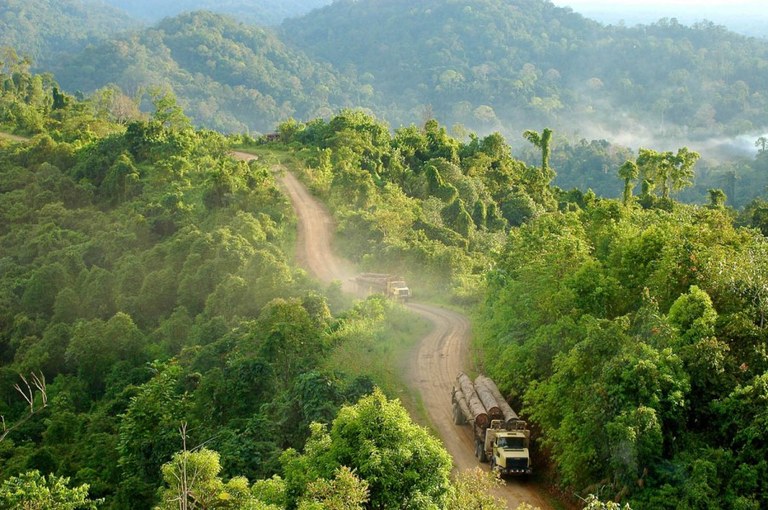 The African continent is only responsible for only 2-3 percent of the world’s carbon dioxide emission from industrial sources. But it is alarmingly suffering from the effects. Africa has the potential to mitigate the effects of climate change due to its tropical forests.

The Congo Basin’s rainforests is sometimes called Earth’s second lungs after the Brazil’s Amazon because of its ability to absorb carbon. In addition to that, the basin has the world’s largest tropical peatlands discovered in 2017. Scientists estimates that these peatlands store carbon worth 20 years of the fossil fuel emissions of the US. (Peatlands are terrestrial wetland ecosystems in which waterlogged conditions prevent plant material from fully decomposing). The Congo Basin is also rich in biodiversity and in minerals.

As long as this region is not destroyed, Africa has the potential to help combat and fight against global climate change.

The Congo Basin rainforest face serious threats from global climate change and other human factors( given Congo has been facing insecurities and political crisis since the time during colonization until today). Commercial logging, mining, extensive agriculture, infrastructure development, rapid urbanisation, energy consumption and transnational wildlife poaching among others.

The effects of climate change in Eastern Africa

Recently, The Democratic Republic of the Congo announced it will auction oil and gas permits in Congo Basin which is the home to critically endangered mountain gorillas.

Hydrocarbons minister Didier Budimbu said the DRC was expanding an auction of oil exploration blocks to include two sites that overlap with Virunga National Park, a UNESCO World heritage site.

This planned sale already included permits in the Cuvette Centrale Tropical peatlands in north-west of the country.

The Congo Basin is the only major rainforest that absorb in more carbon than it emits and experts have described it as the worst place in the world to explore fossil fuel. The Congo Basin rainforest spans six countries and regulates rainfall as far as Egypt.

Budimbu defended this claims, by saying “we have primary responsibility towards Congolese taxpayers who, for the most part, live in conditions of extreme precariousness and poverty, and aspire to a socioeconomic wellbeing that oil exploitation is likely to provide for them,”.

In 2021, the Coltan production in DRC amounted to 700 tons, making this country the largest producer of coltan in the world by far.

Coltan is indispensable to the manufacture of all modern technological devices. The mineral is refined to tantalum powder, which is used to make heat-resistant capacitors in laptops, cellphones, and other high-end electronic devices.

The mining of coltan is usually related to environmental degradation, violence, child labour and death, which most people call ‘Congo curse’. The question remained, if Budimbu and his government are unable to manage and control the mining of coltan and other minerals which have become more problems to the people of Congo and are generating significant amount to ease poverty in the country, how will they manage the proceeds from from oil in the Congo Basin to benefit the people of Congo as he claim?