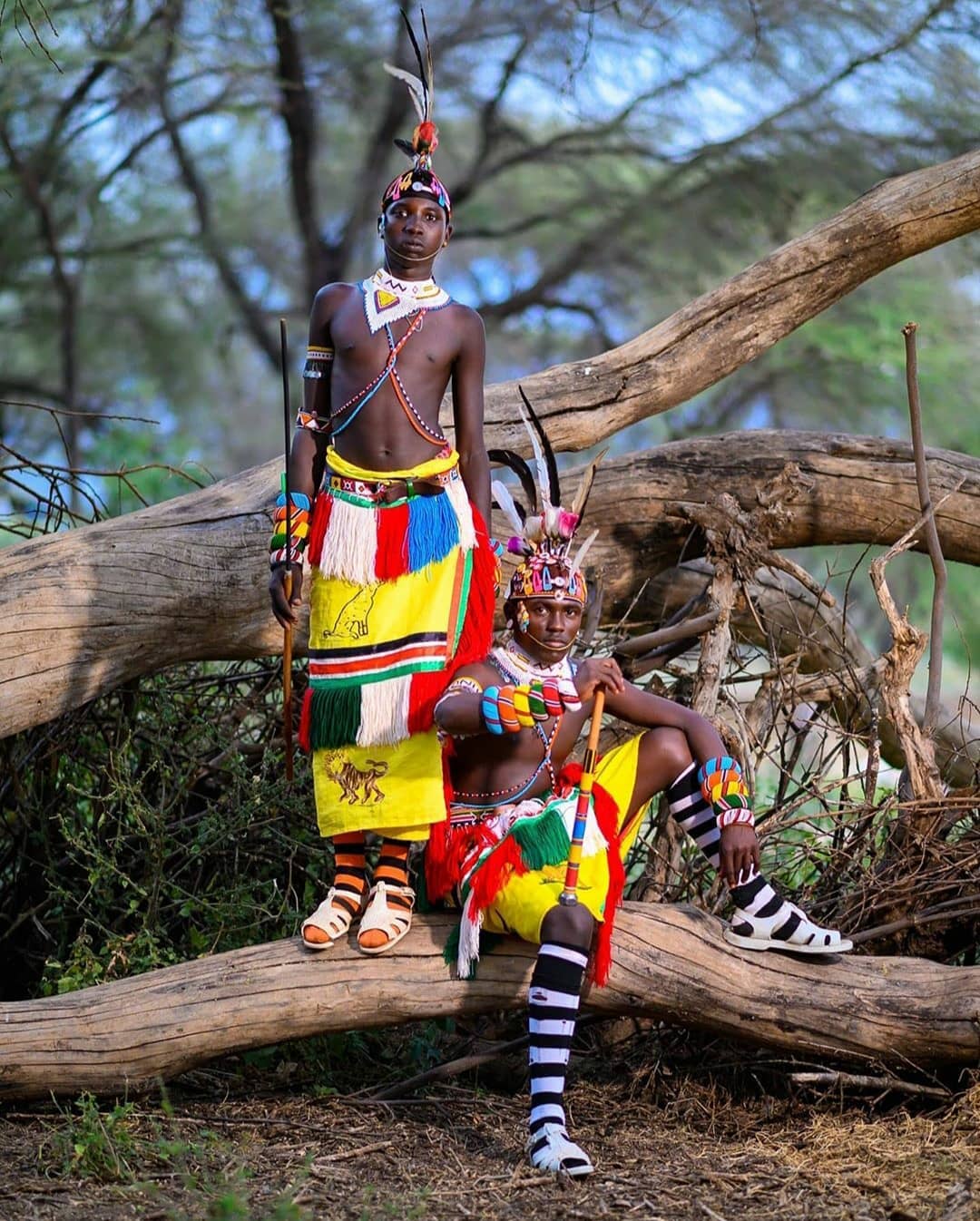 The Samburu “Butterflies” people of Kenya.

The Samburu people are Nilotic people found in north-central Kenya. They are semi-nomadic pastoralists who keep cattle, sheep, goats and camels. They call themselves Lokop or Loikop. Terms may refer to “Owners of the land. ”

Samburu speaks the Samburu dialect of the Maa language, which is a Nilotic language group. The Samburu like Maasai, Himba of Namibia and Maasai of Kenya and Tanzania are one of the most famous and interesting tribes in Africa.

The Samburu diet consists of milk and blood from their livestocks. The blood is collected by making a tiny on the cow’s jugular vein and draining the blood into a cup. The wound is then sealed with hot ash. They consume meat during special occasions. The diet is also supplemented with roots, vegetables and tubers dug up and made into soup.

Due to the environment, somehow barren land, and their semi-nomadic lifestyles, the Samburu people put up some semi-permanent structures usually called Manyattas. They are built of mud, hides and grass mats strung over poles. A thorny fence is built around the huts from wild animals protections.

Men look after the cattle and responsible for taking care of the community’s security. The worriors defend the community from both rival community and animals. They also raid and take cattle from rival Samburu clans.

Samburu women are in charge of gathering roots and vegetables, tending to children, making jewelries and collecting water. Samburu girls generally help their mothers with domestic chores. Samburu women are subjected to circumcision before marriage, a culture today condemned by prominent Samburu elders.

Samburu traditional dress consist of red, yellow or blue cloths wrapped around waist usually called shukas and a white sash. This is enhanced with many colorful beaded necklaces, earrings and bracelets. Both women and men wear jewelries. They are always referred to as “butterfly.”

Dancing is very important in Samburu’s culture, like Maasai, Men dance in circles and jump very high from a standing position. They do not use musical instruments to accompany their singing and dancing.

In Samburu’s land though, barren with unpleasant in agricultural production, the landscape itself very pleasant to view.